This year marks the 100th anniversary of the Panama-California Exposition, which celebrated the completion and opening of the Panama Canal. San Diego's Balboa Park set the stage for the 2-year exposition, establishing the park as a destination for art, architecture, and entertainment.

Growing up in San Diego, Balboa Park was the destination for field trips, family outings, and when I got older, adventures with friends. It was one of the first places I visited and photographed when I got a "real camera"as a teenager. It remains one of my favorite places, and I visit the park every time I am in San Diego. There are a lot of memories waiting for me there, and it is wonderful to get to revisit them.

In celebration of the 100th anniversary of Balboa Park as we know it, I'm looking forward to diving back into my prints and negatives to share photographs I've taken there over the years. This is the first of what will be a series of posts of my Balboa Park photographs, which I'll share as I come across them.

The following 5 photographs were taken in February of 2013. The camera I used, a 1950s Argoflex 75, had been high in my camera rotation for a couple of years prior, unfortunately this was the last roll I shot with it because of how severe the scratches were that it'd leave on my negatives, quite visible here. Despite the imperfections, I think these images are lovely. 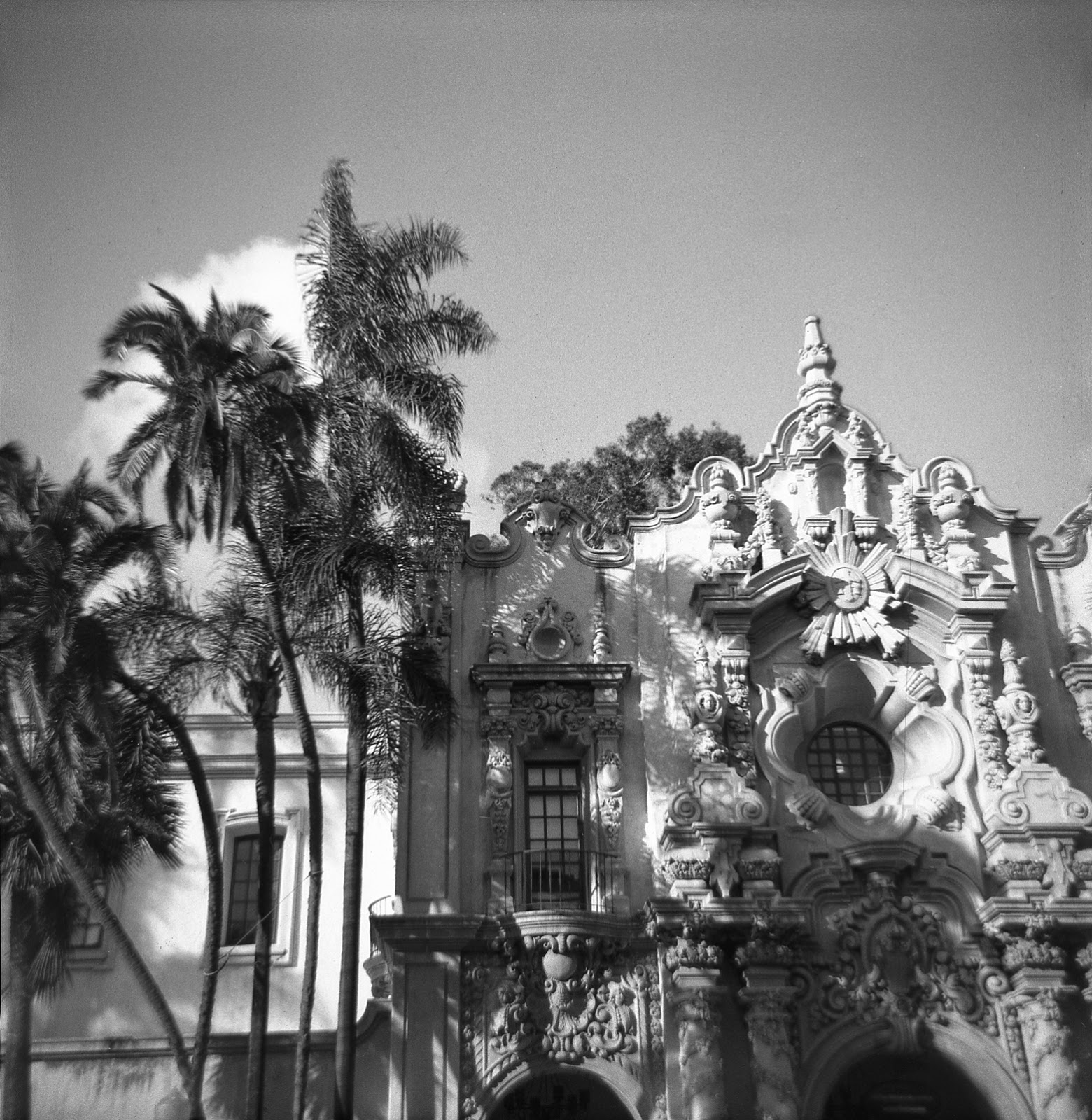 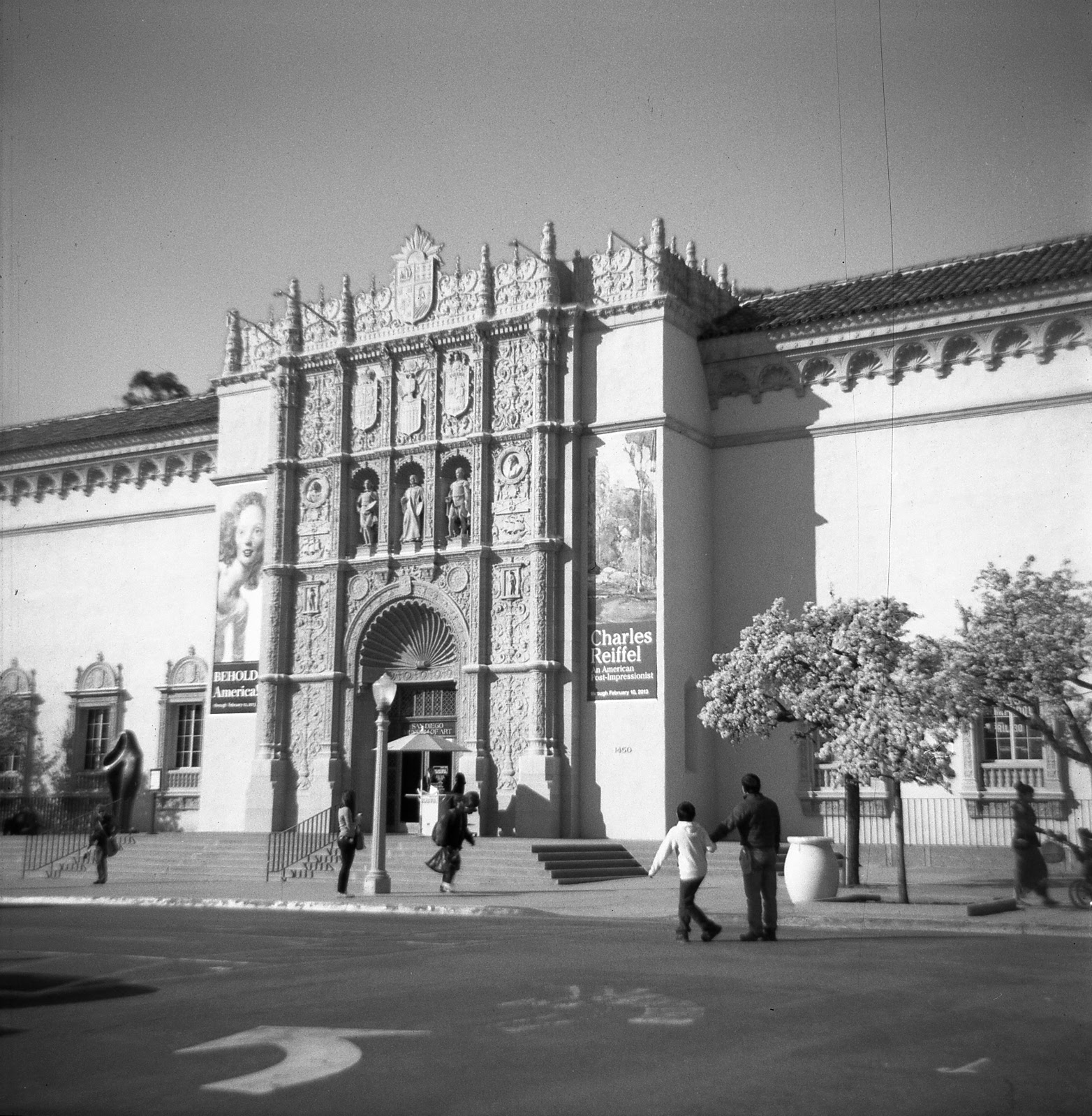 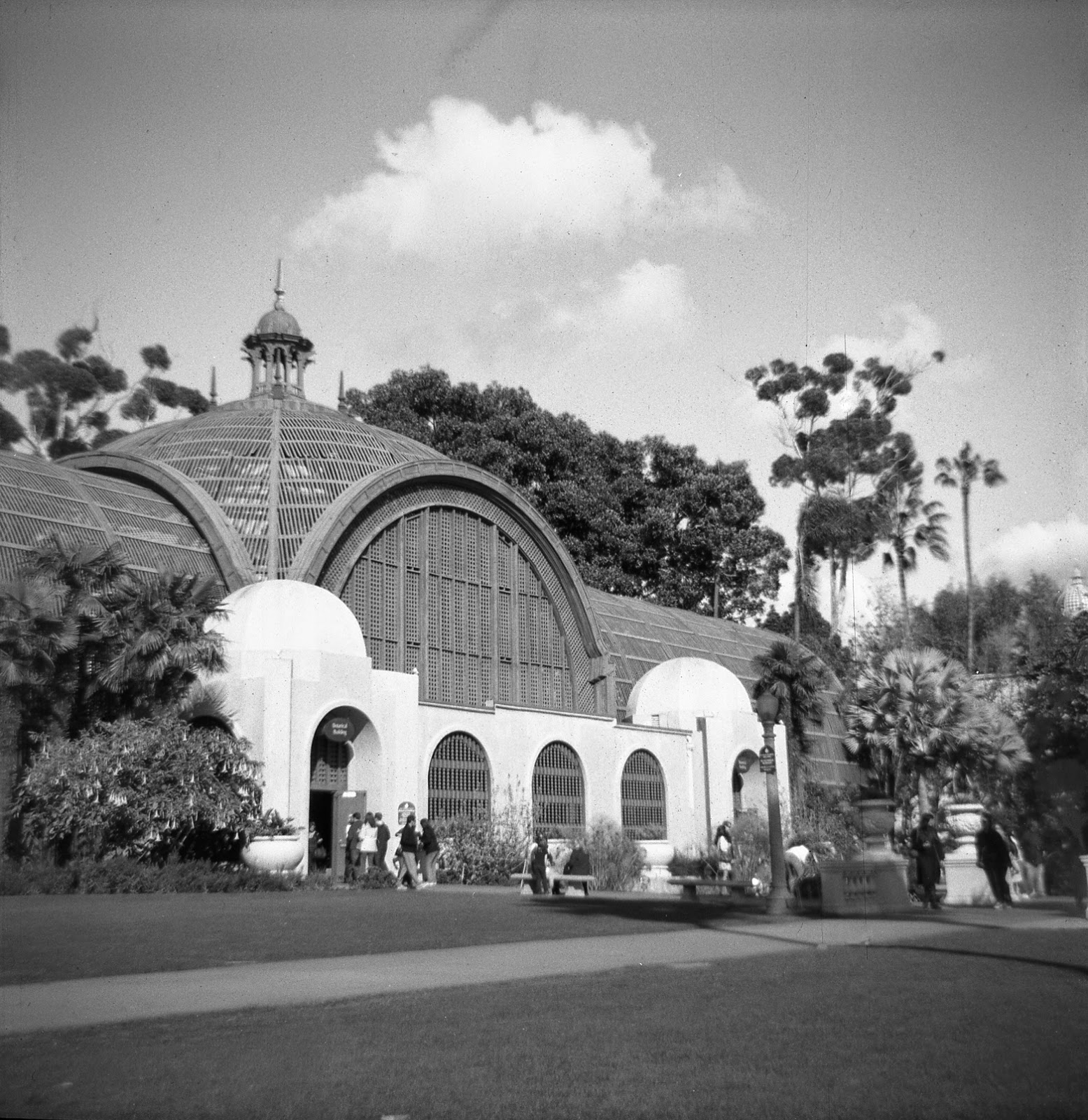 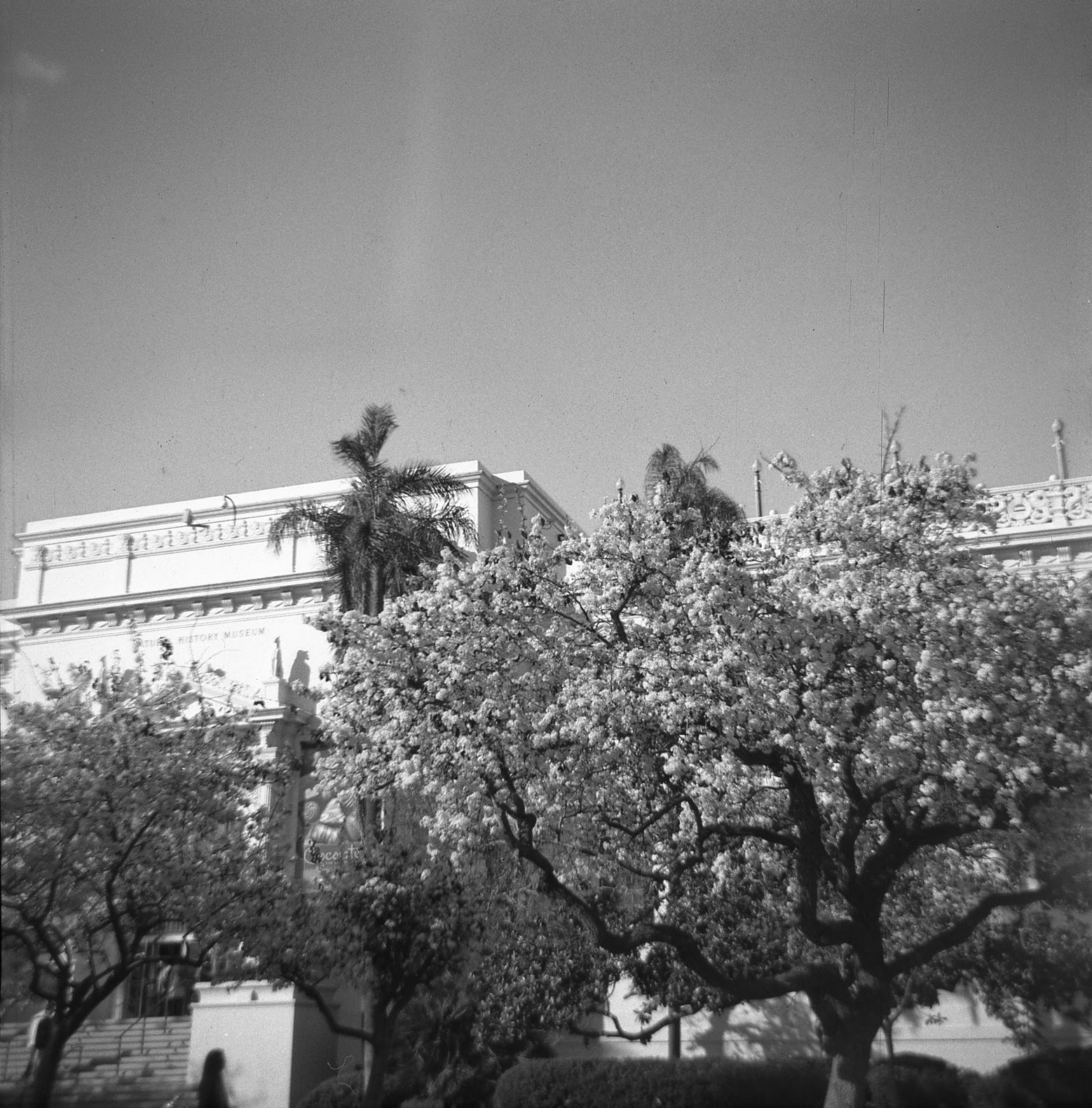 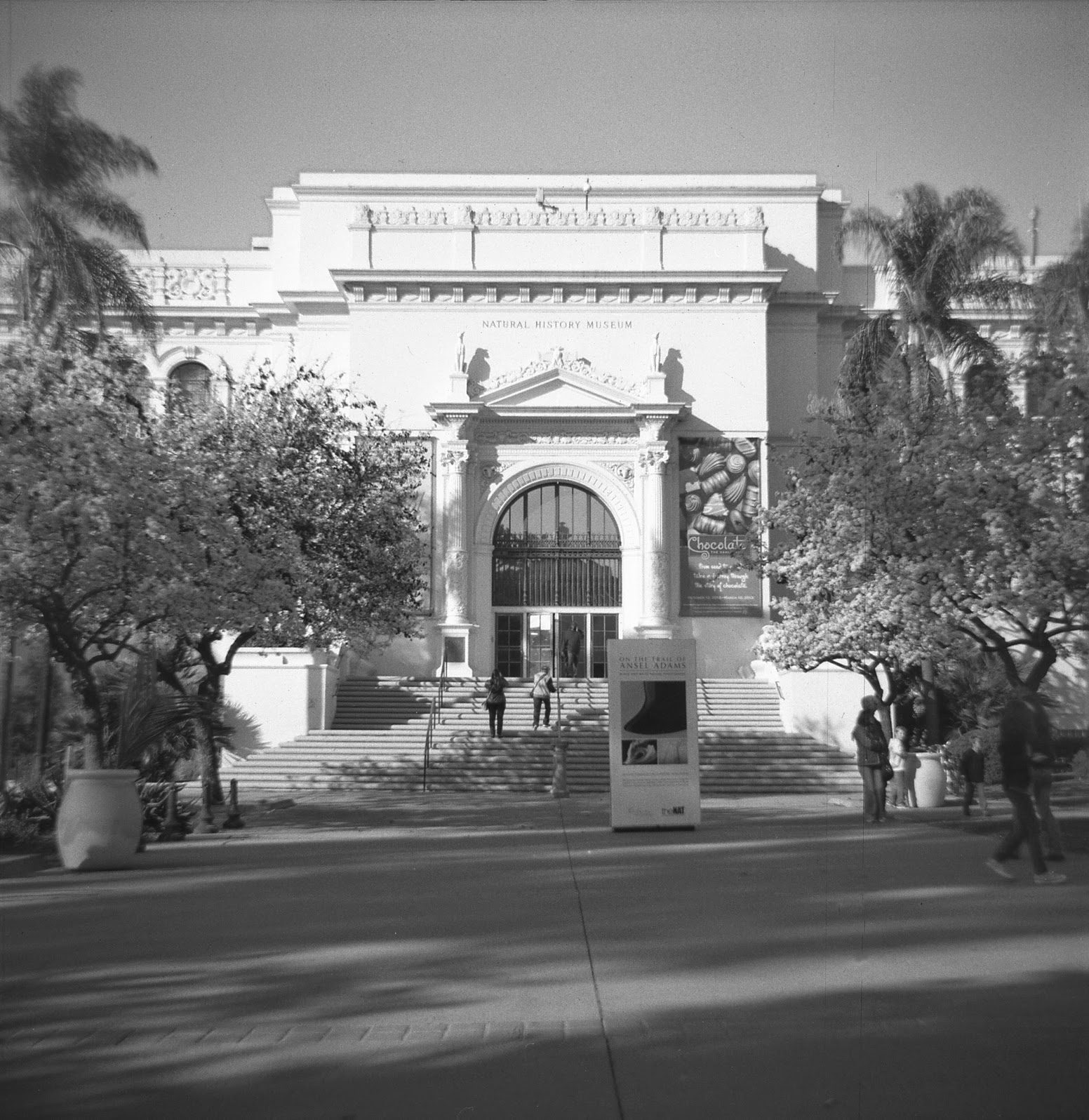 And just for fun, to kick off this series of photographs, how about Mabel Normand + Roscoe Arbuckle in "Fatty and Mabel at the San Diego Exposition"? This short is also celebrating its centennial this year.