This next set of photographs are from the fall of 2010. Each of these are straight out of the camera, unedited. The film I was shooting (I believe it was a roll of Lomography 100 B&W given to me by a fellow I'd purchased a different camera from) had been slightly exposed, resulting in some light leaks + the numbers and guide dots of the backer paper being burned onto the film. The resulting images are among my favorites not just from Balboa Park but from anywhere. 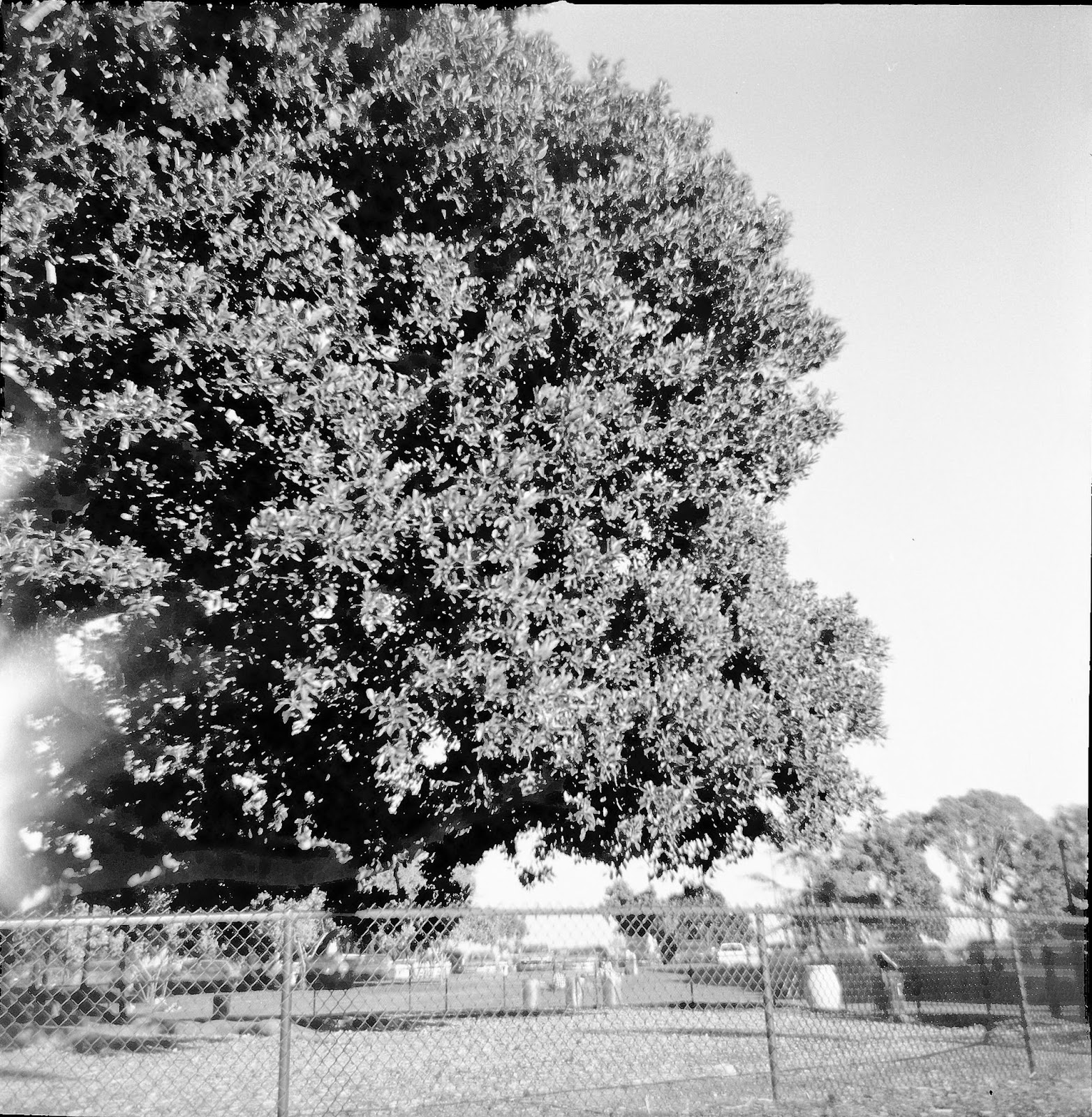 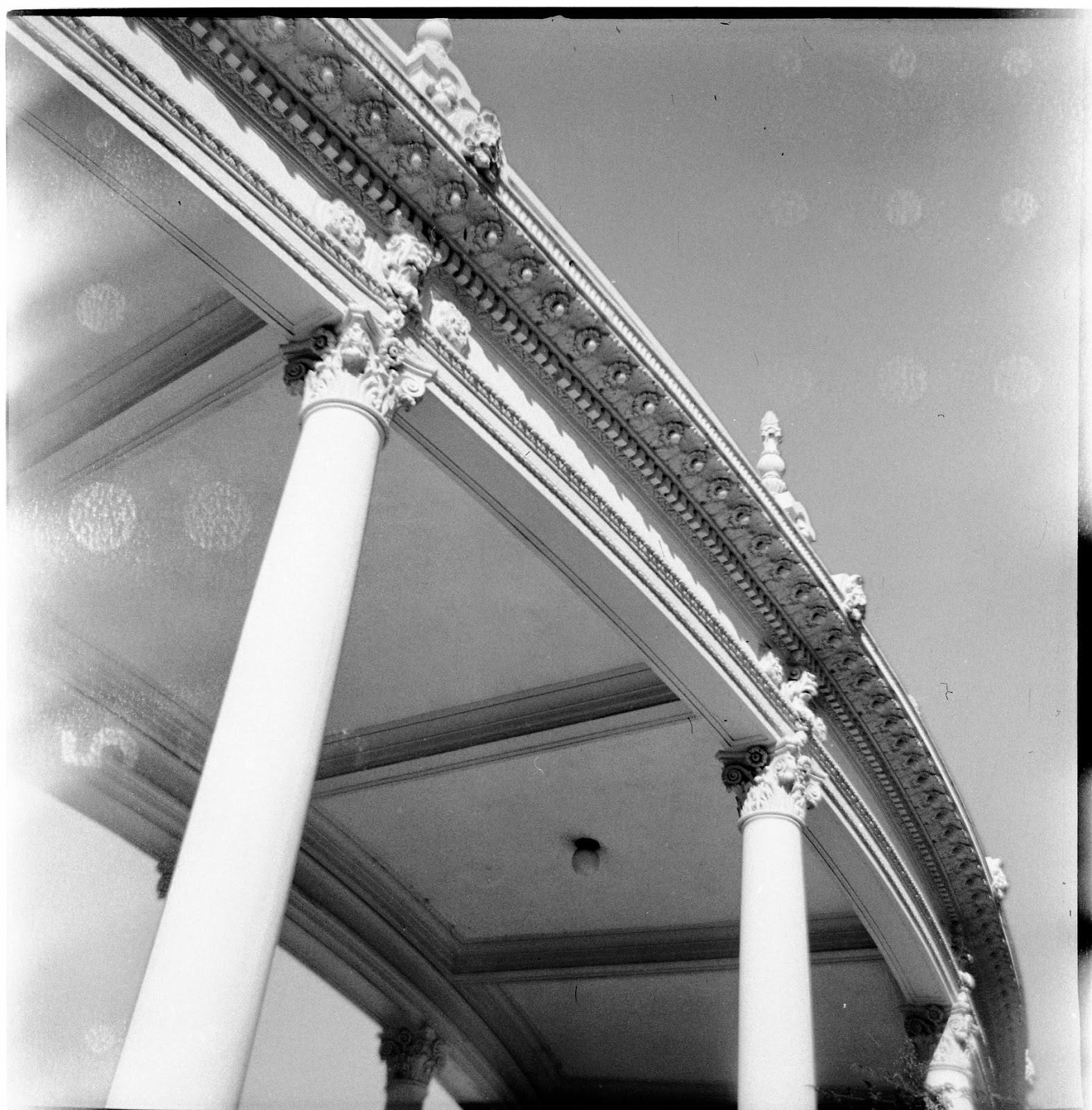 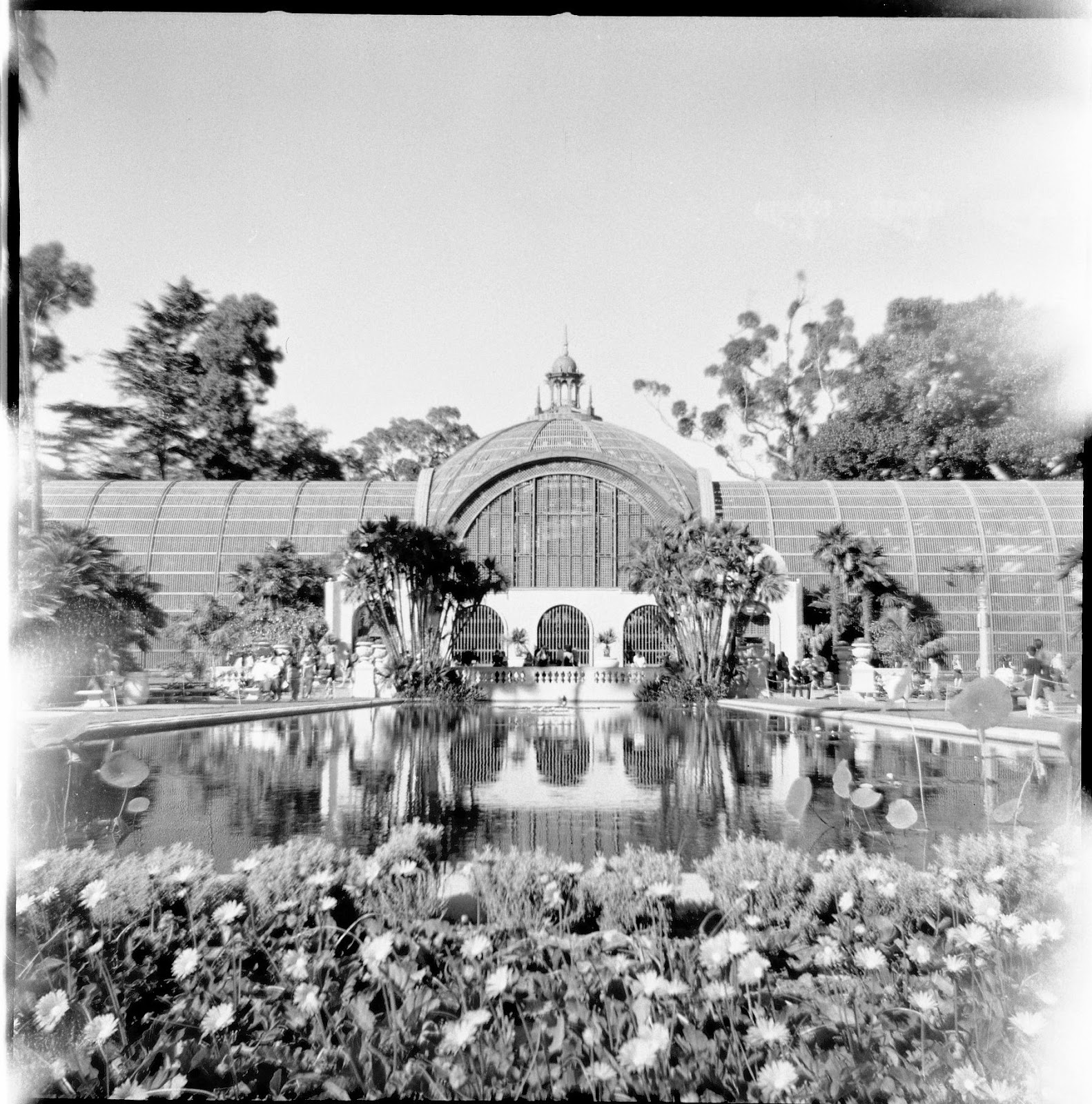 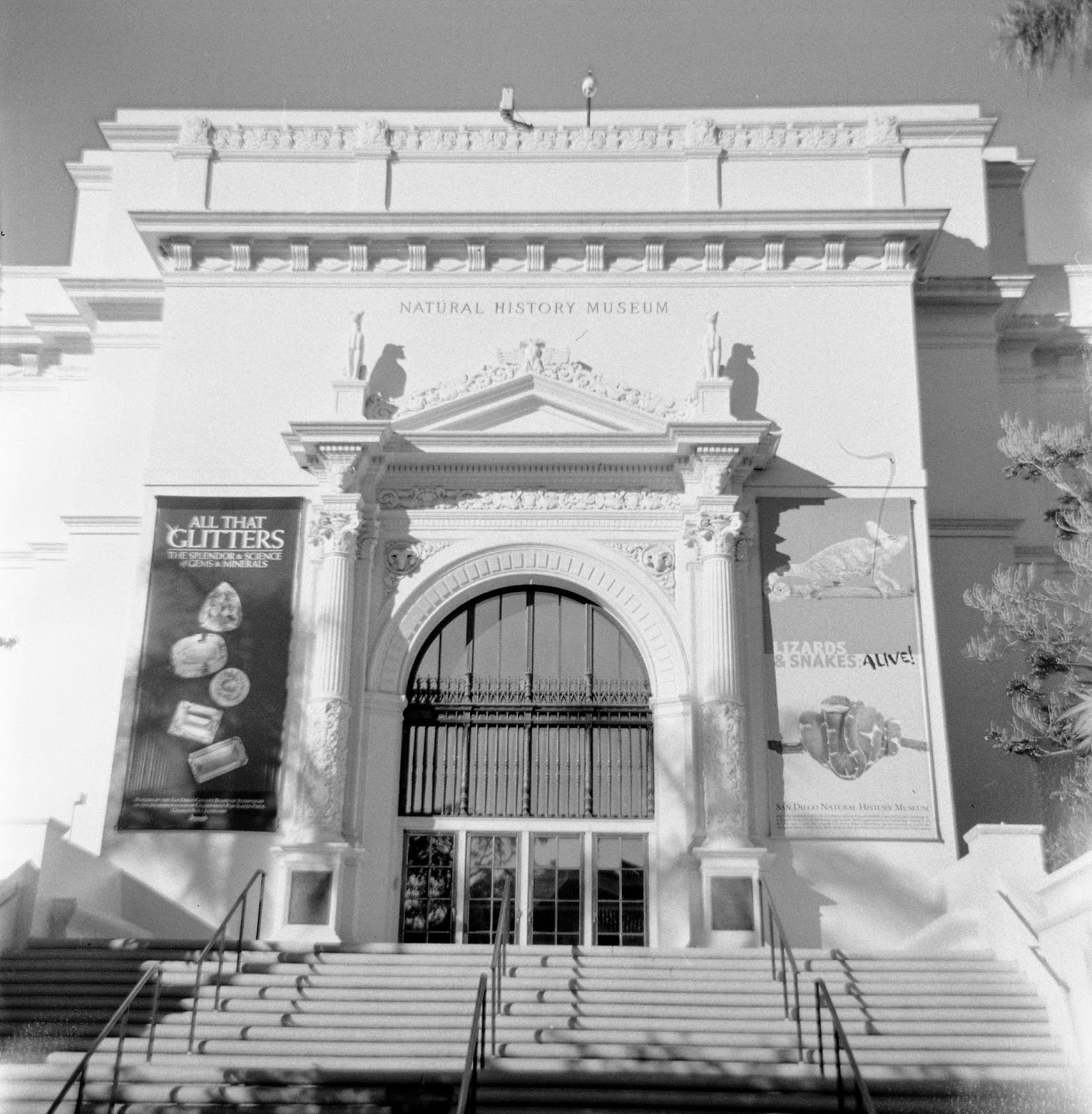 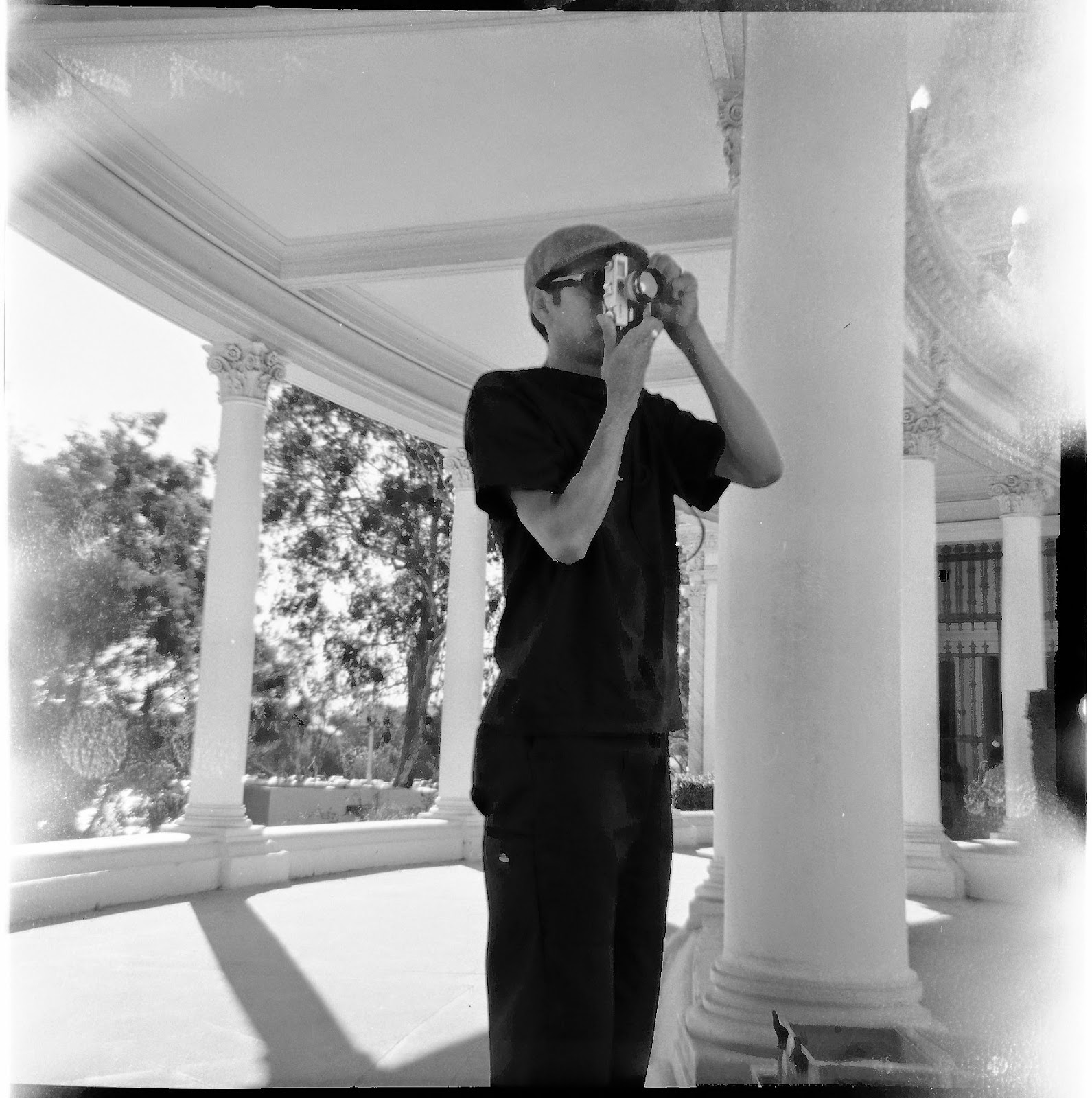 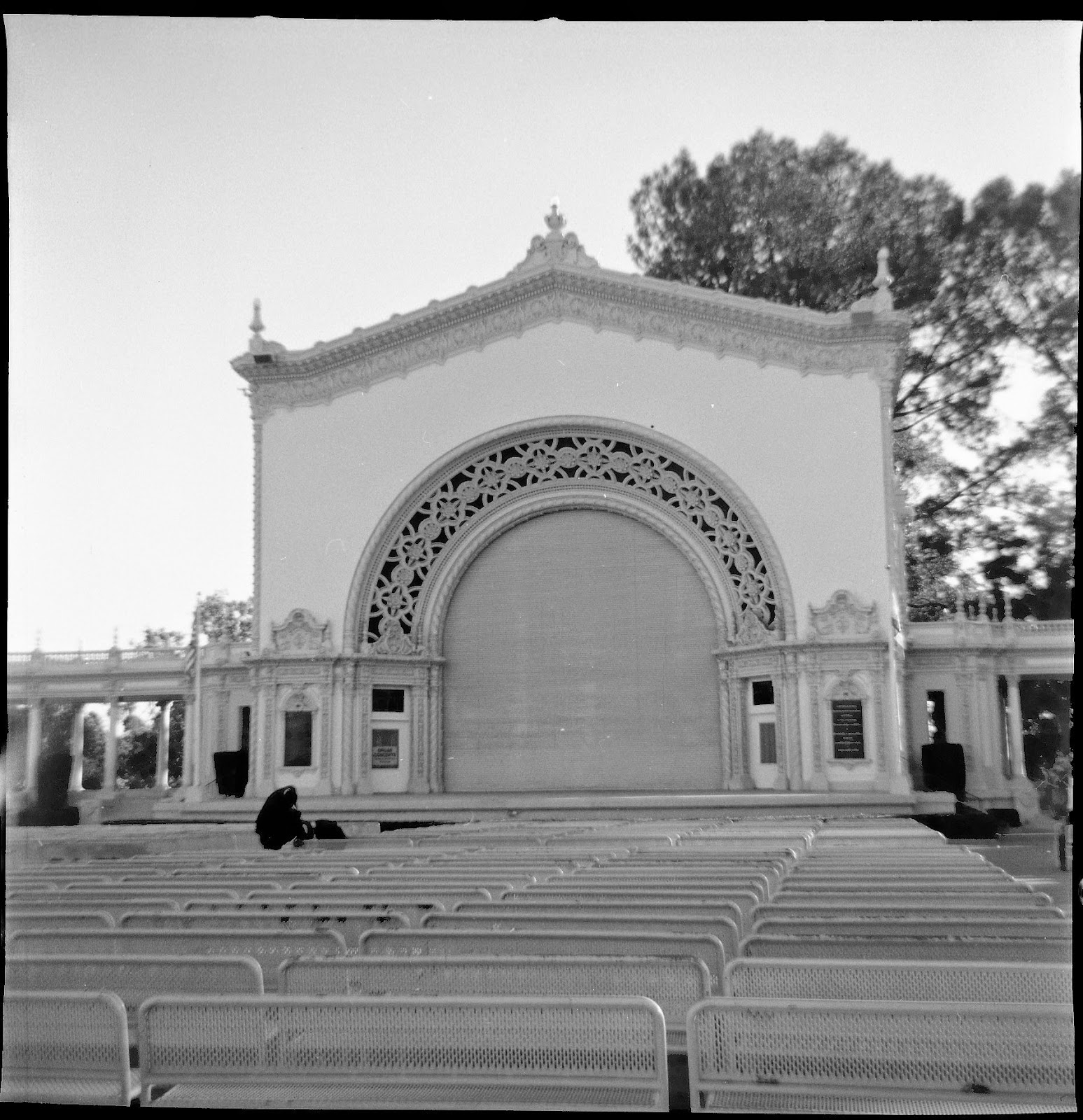