It has been nearly ten years since my first and only trip to New York. I'd been thinking of the trip recently, in part because of the decade milestone but mostly because southern California has experienced the complete opposite of winter so far this season. I've been daydreaming of winters past, scarves and sweaters and numb limbs and the wonderful feeling of feet crunching the snow.

I didn't have much of a plan most days when each morning I'd either take off on foot or by subway from our Times Square hotel. The photos below are ones from my solo trips, seeing what I wanted to see and all that much more along the way.

José de Creeft's Alice in Wonderland (1959). The first morning I was there I headed out on foot to Central Park. I knew there was a statue of Alice in Wonderland there, though I had no idea where it was located or what it looked like. Clearly I also had no idea how large Central Park is (1.317 square miles). I stumbled upon Alice and her friends indirectly and without assistance, luckily never once feeling like I was destined to be Jack at the Overlook. 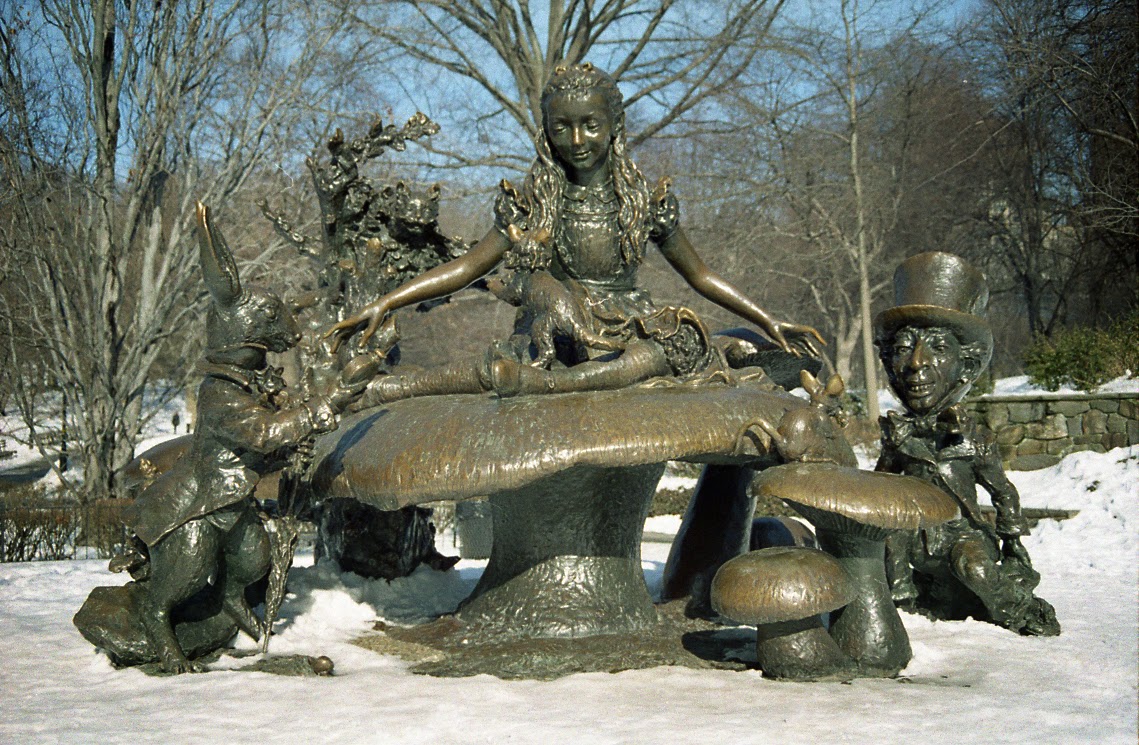 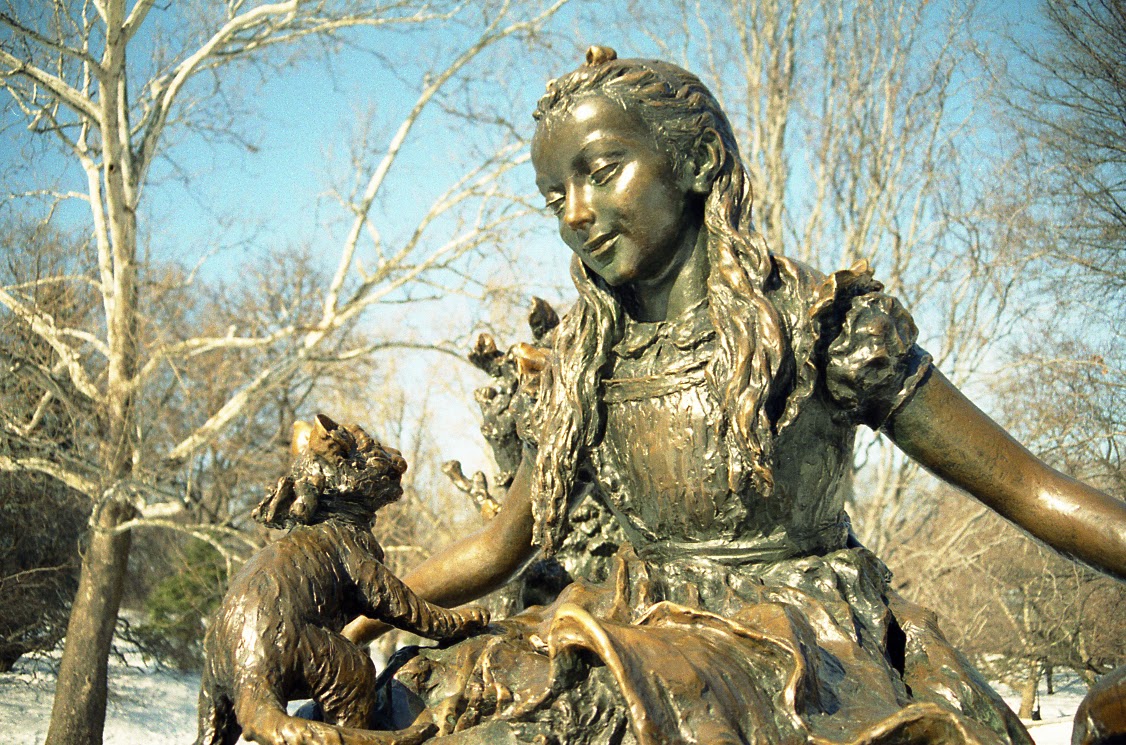 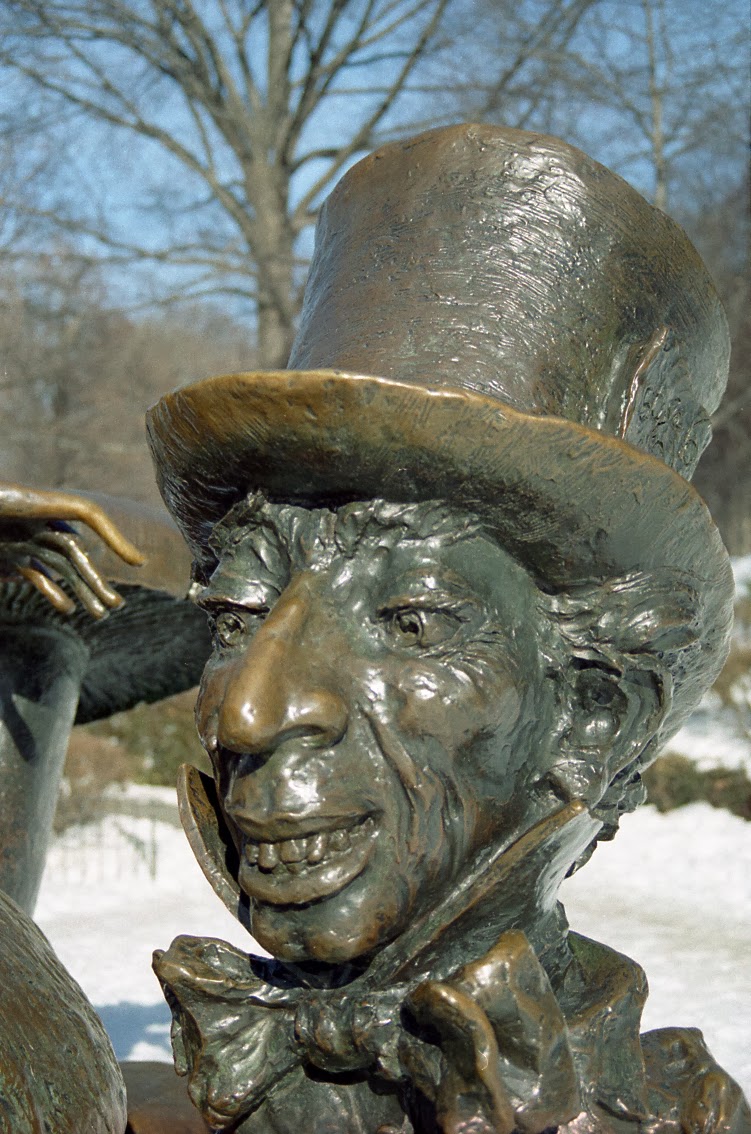 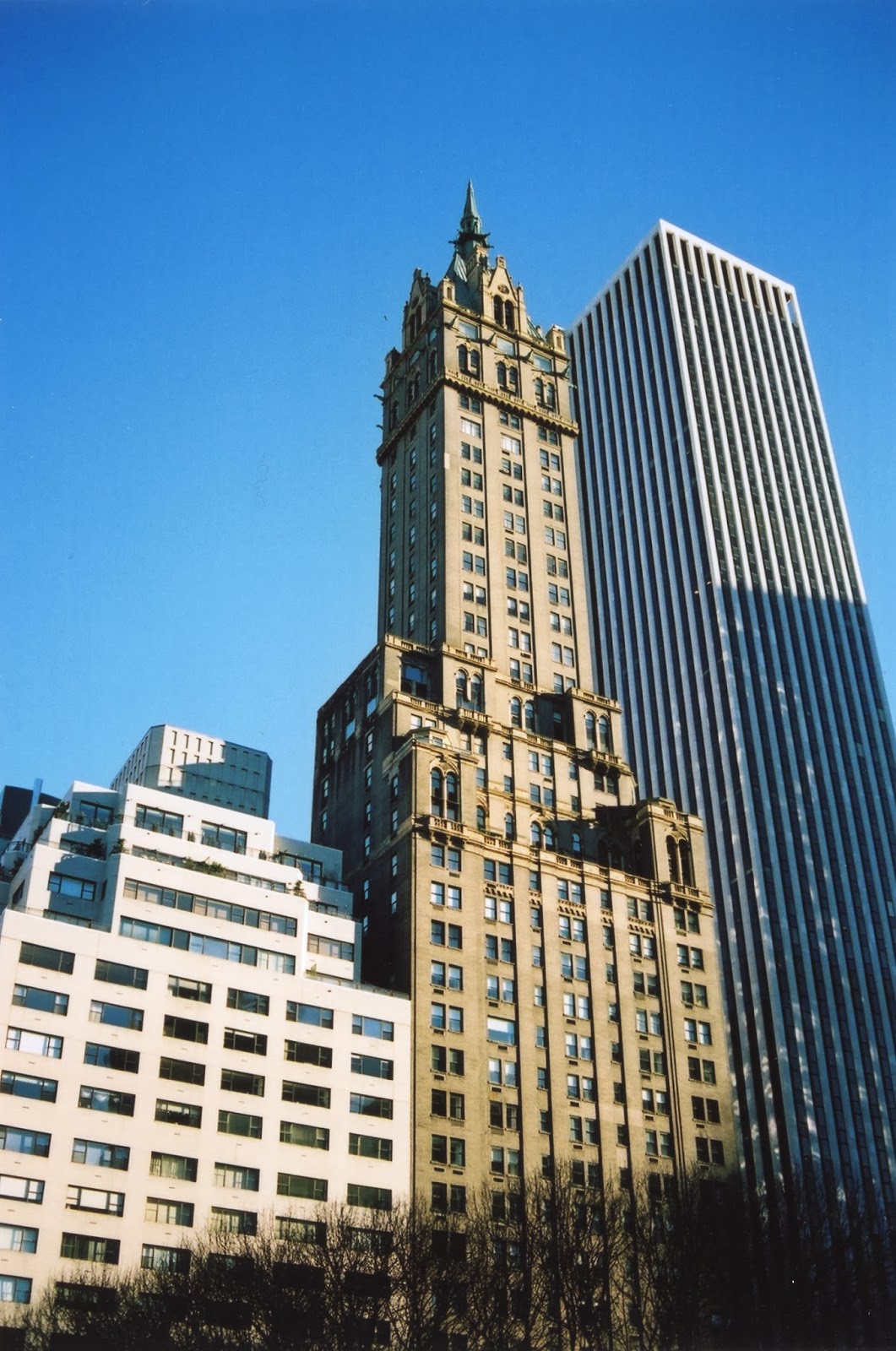 One morning I got on the subway to go downtown. I was in the Bronx when I realized I had gotten on in the wrong direction. I got off, took this photograph, and got back on in the right direction. 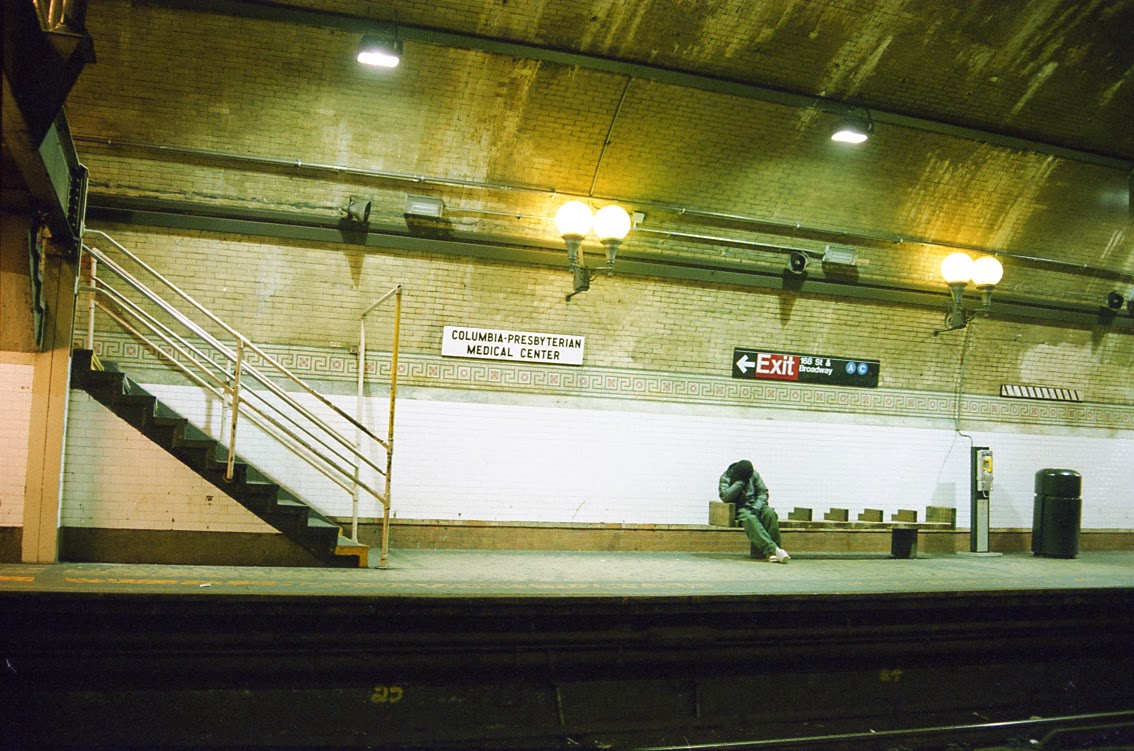 The most memorable solo outing I had while in New York was my trip to Coney Island. I had long been fascinated with Coney Island before seeing it for the first time. It was in the off season, snowy and freezing and I was one of very few people around. It felt both eerie and magical to have the place to myself. I've read that it has changed tremendously, and while I understand that change has been a constant in the amusement park's 130-year history, I think it'd be hard for me to see it again. 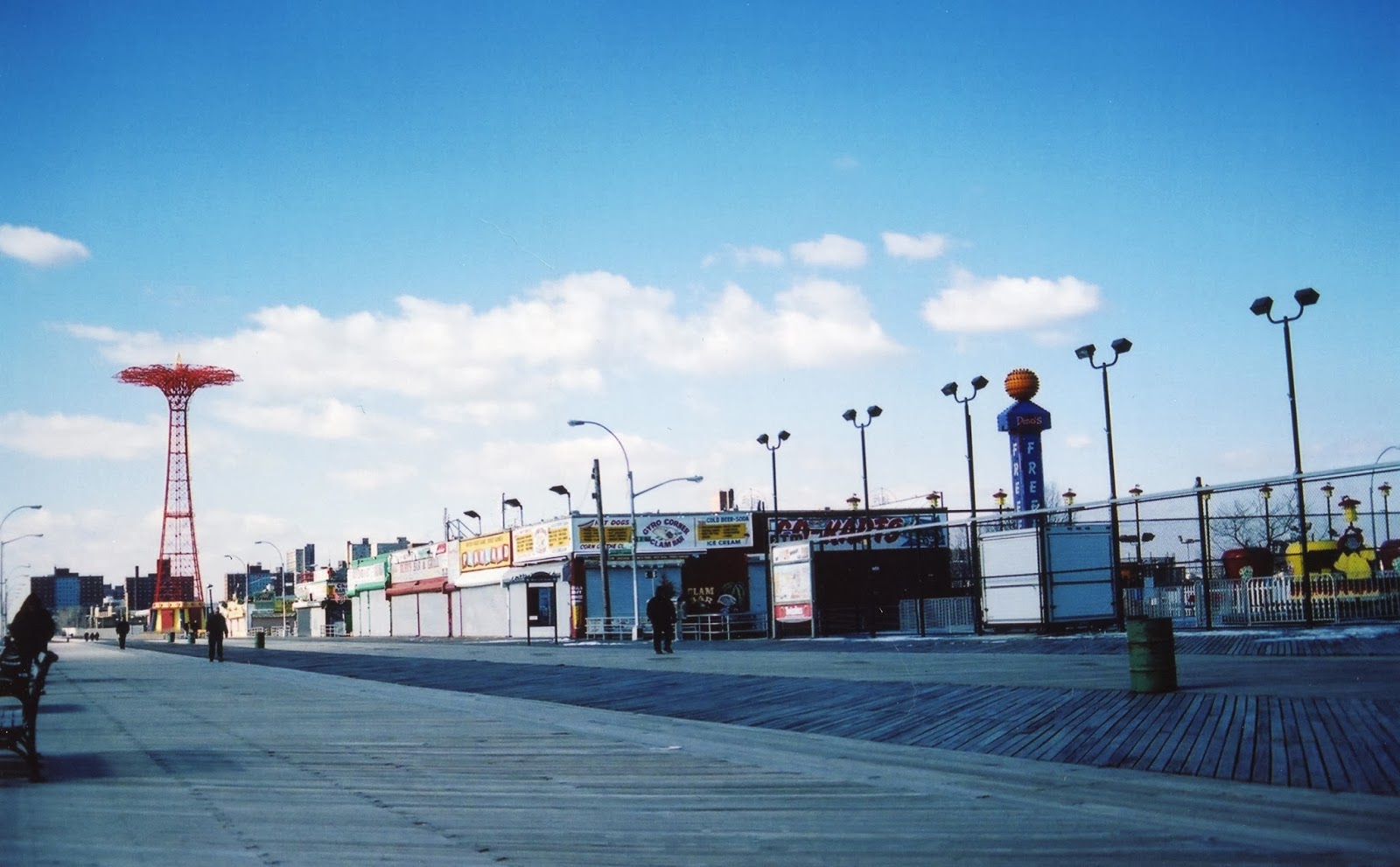 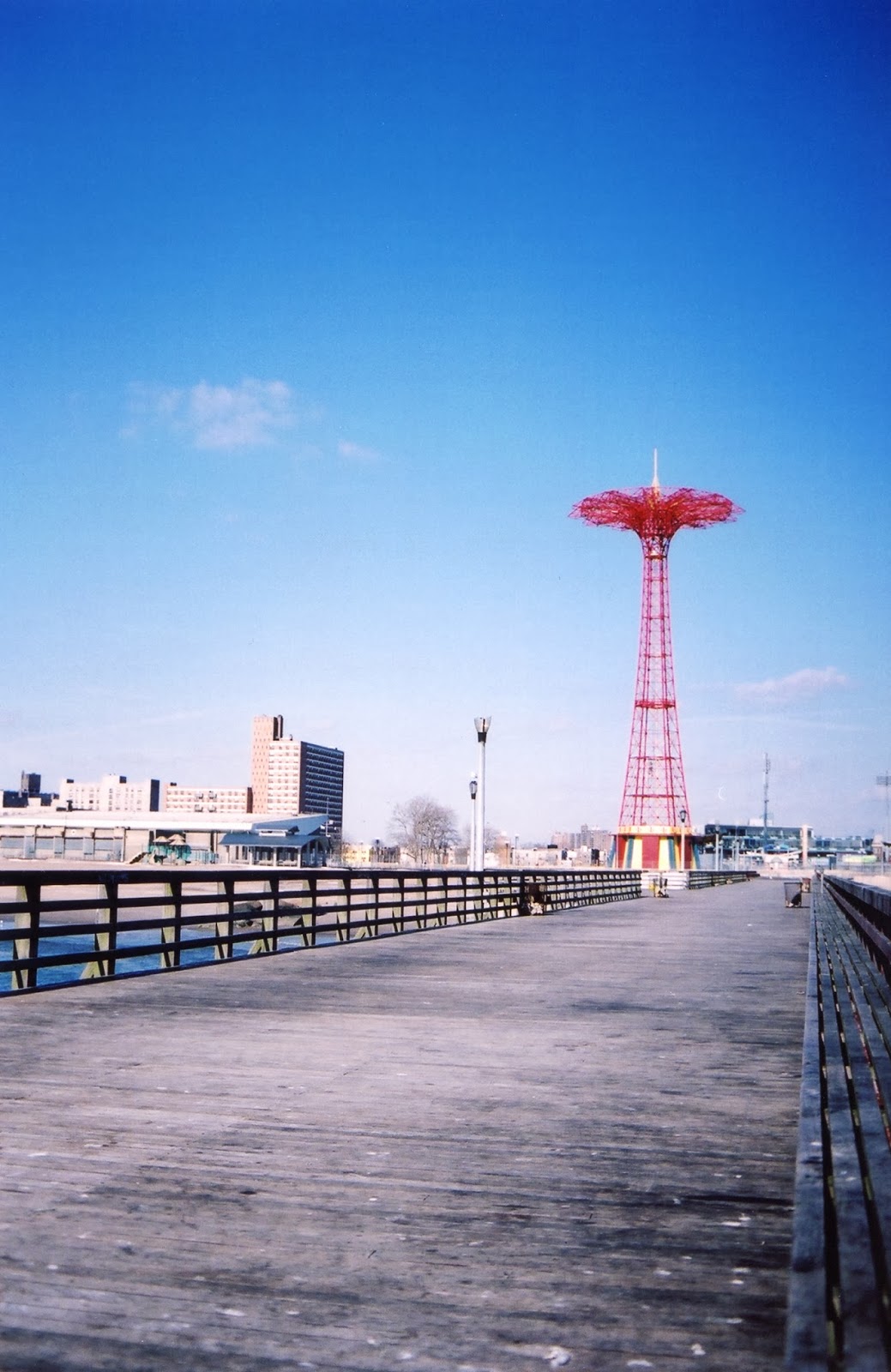 A relevant piece of Cyclone-related trivia -- My favorite song by the Ramones is "Oh Oh I Love Her So". 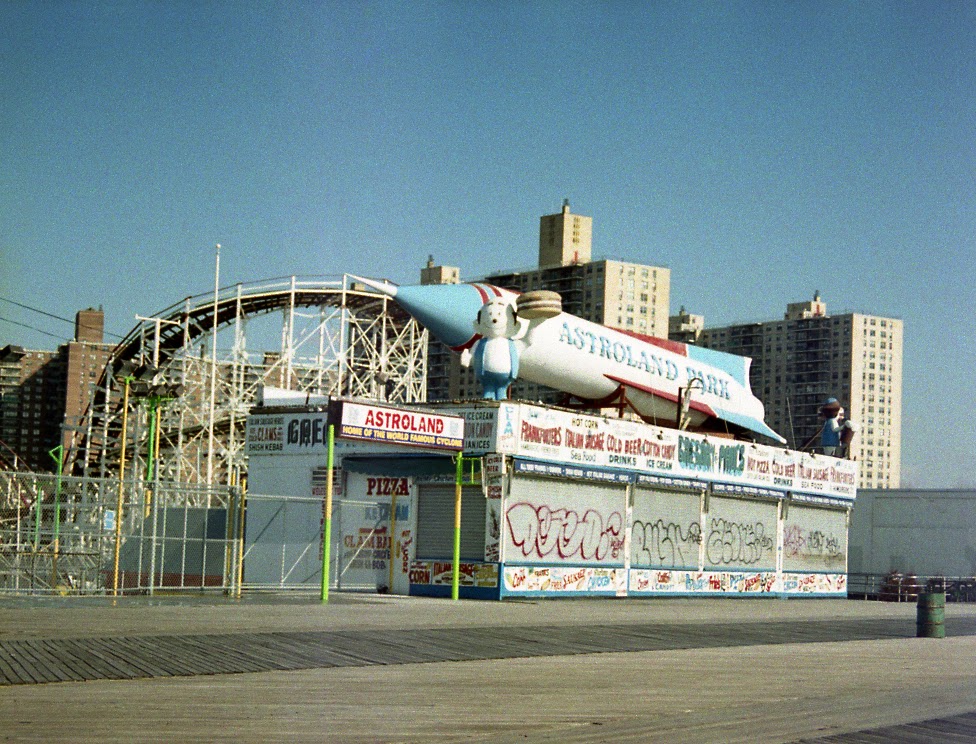 This bathhouse sits (or sat, I don't want to know) right on the boardwalk facing the Atlantic Ocean. All of the plaster detailing reminds me of the movie palaces I love so much. It is just beautiful. In addition to the building itself, I love that an east coast sky in January could look so blue at certain times of the day. 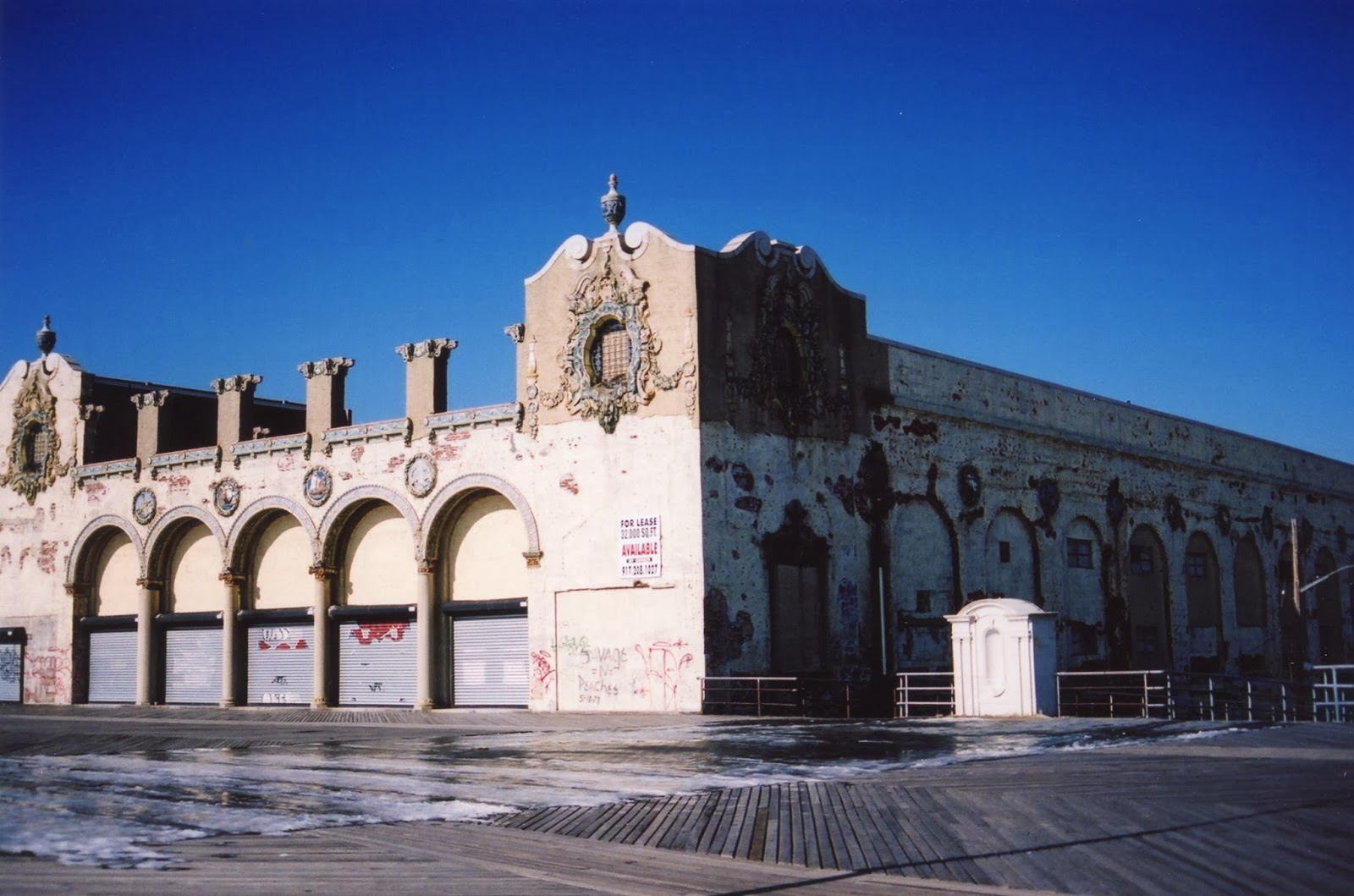 All images shot on Kodak film with the same 35mm camera I've relied on for the past 15 years.

In the fall of 2009 I shot the following photographs with my Diana F+ toy camera. The ultimate in low-fi unpredictability, it's always interesting see how the photos will turn out. Here are the results, straight out of the camera... light leaks and all.