Long overdue for a change of scenery, I mentioned to my husband that I'd like to head out and see something new as soon as we had the chance. Last Sunday we got in the car and he navigated us up into the hills, to a canyon near the Cleveland National Forest. I wasn't sure what to expect, I was honestly just happy to be out on an adventure.

I won't detail specifically where we were, as it is not public property, but I will give a little backstory on the location -- in the 1960s, a land owner hauled in over 50 cars from a local junkyard in the canyon to help curb flooding in the area. Over the years the spot became one of legend -- was there a creepy asylum at the end of the lane past the decaying autos? Or a mansion where a reclusive doctor lived? Was it haunted? Did rabid dogs attack anyone who stepped foot on the property?

Urban legends aside, this is a spectacularly unique location. Decades of wind, rainfall, rust, and nature have absorbed the cars into the landscape. It's very cool that they are still there, though for how much longer is uncertain -- developmental sprawl is moving its way quickly up toward the property, despite its proximity to the Cleveland National Forest. Nonetheless, I was excited to experience a place so incredible, and to have been able to photograph it. Here are some images from that day, in the order they were taken.

(don't forget, you can "click" on any image to make it larger) 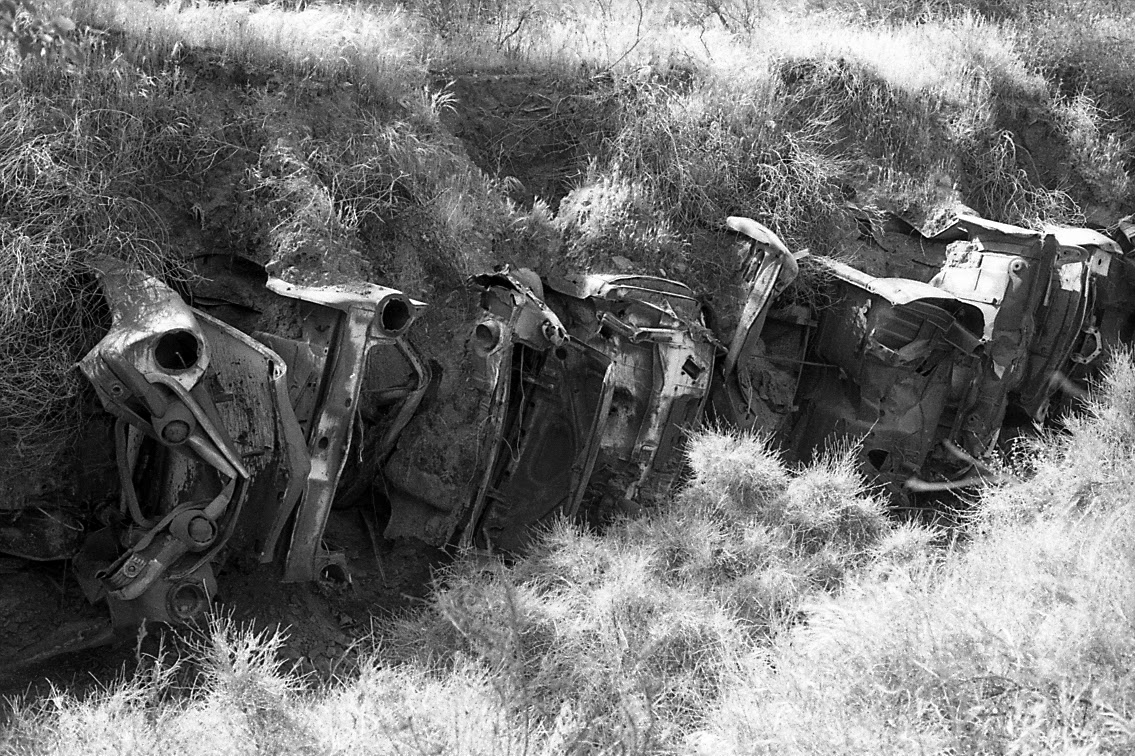 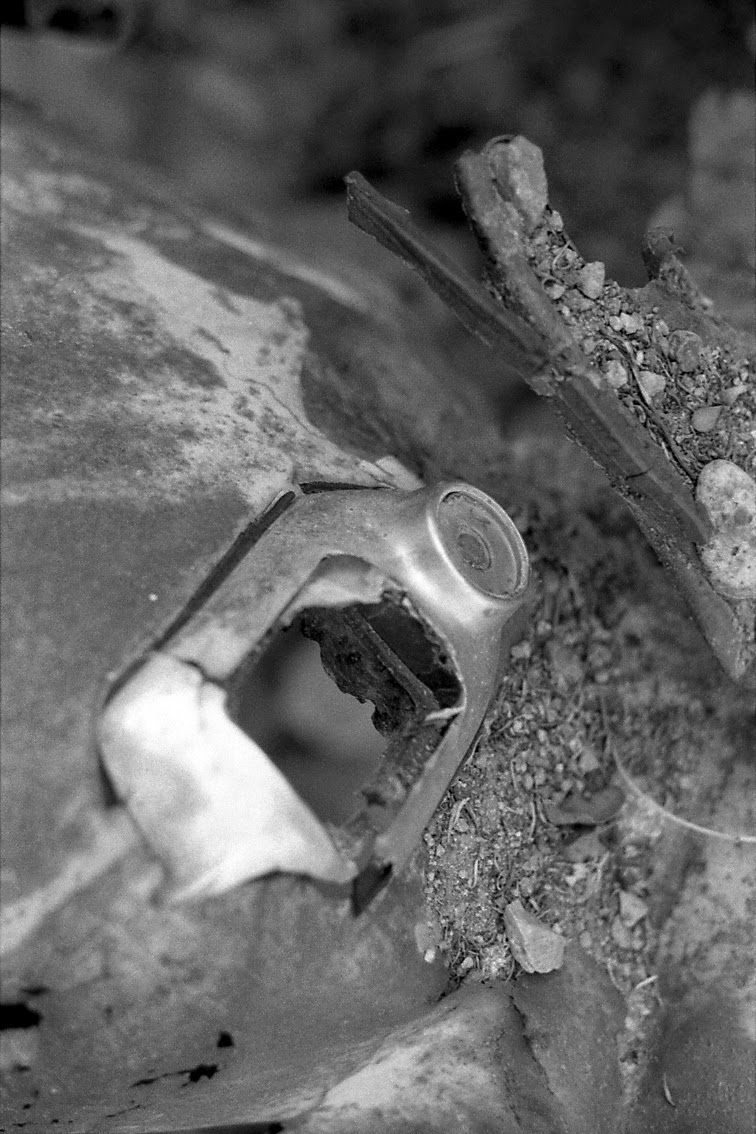 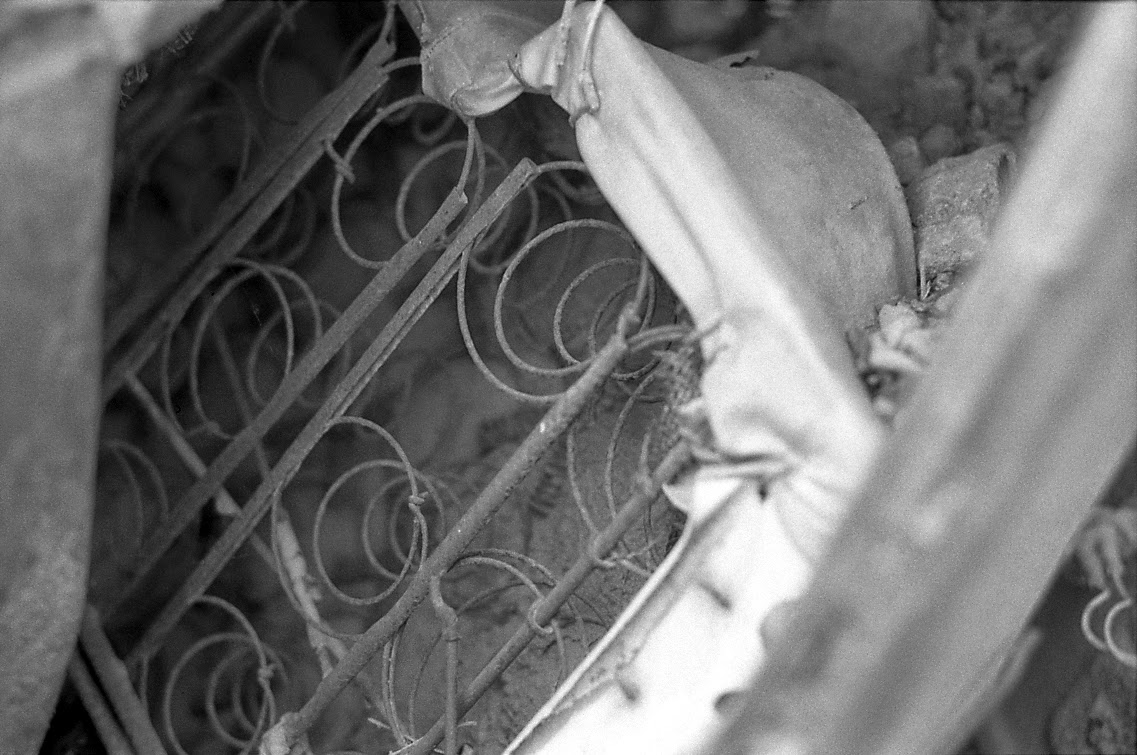 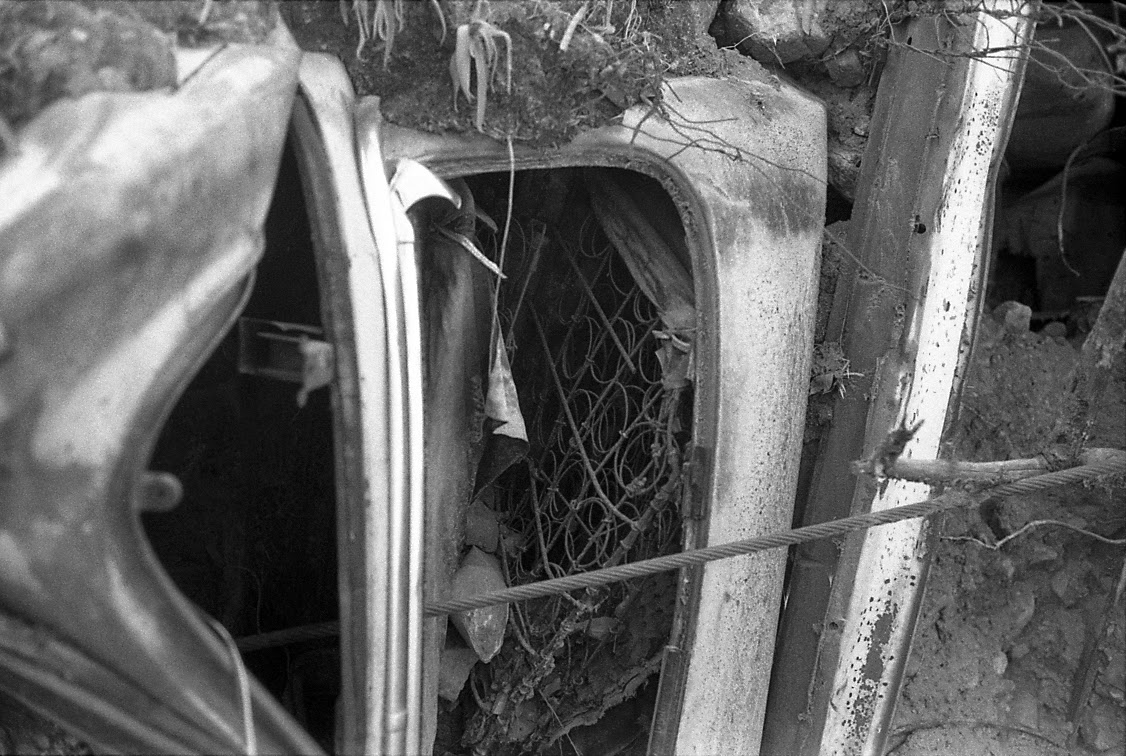 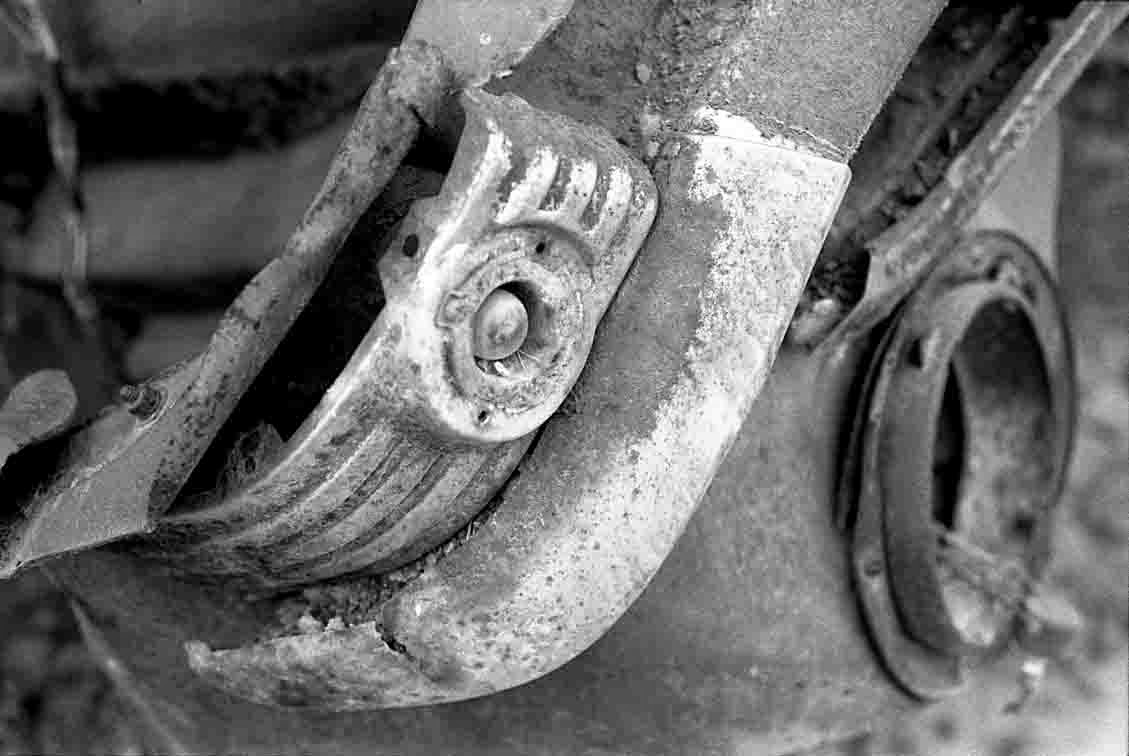 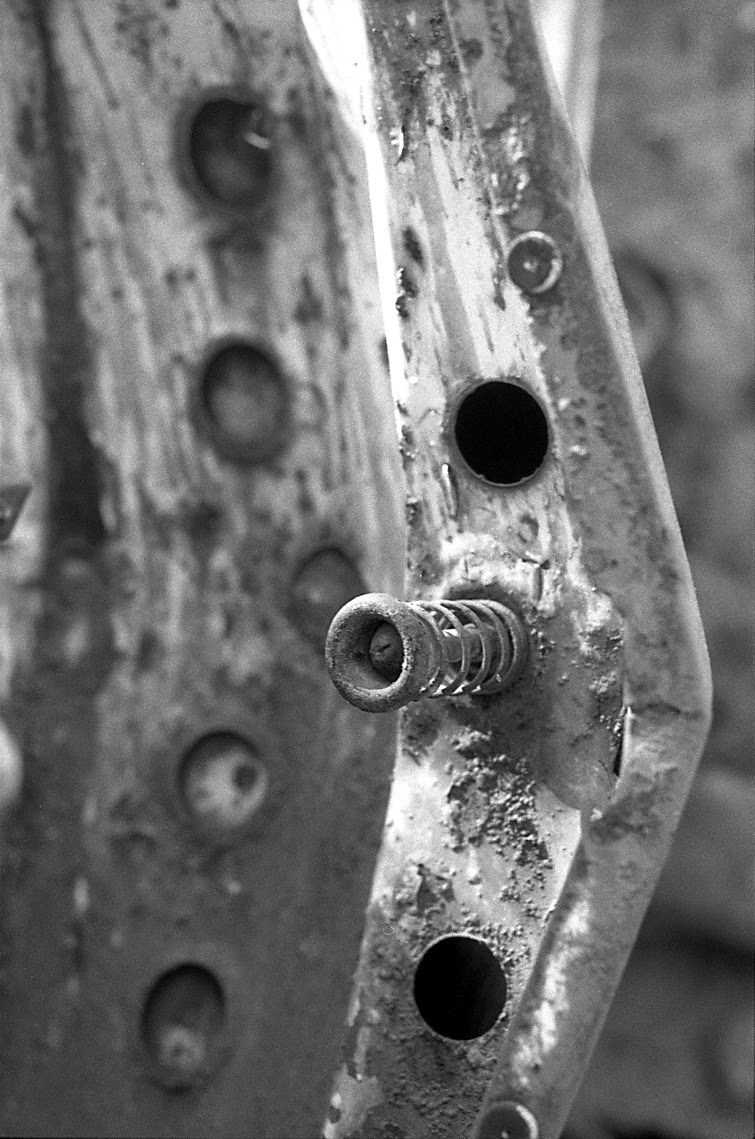 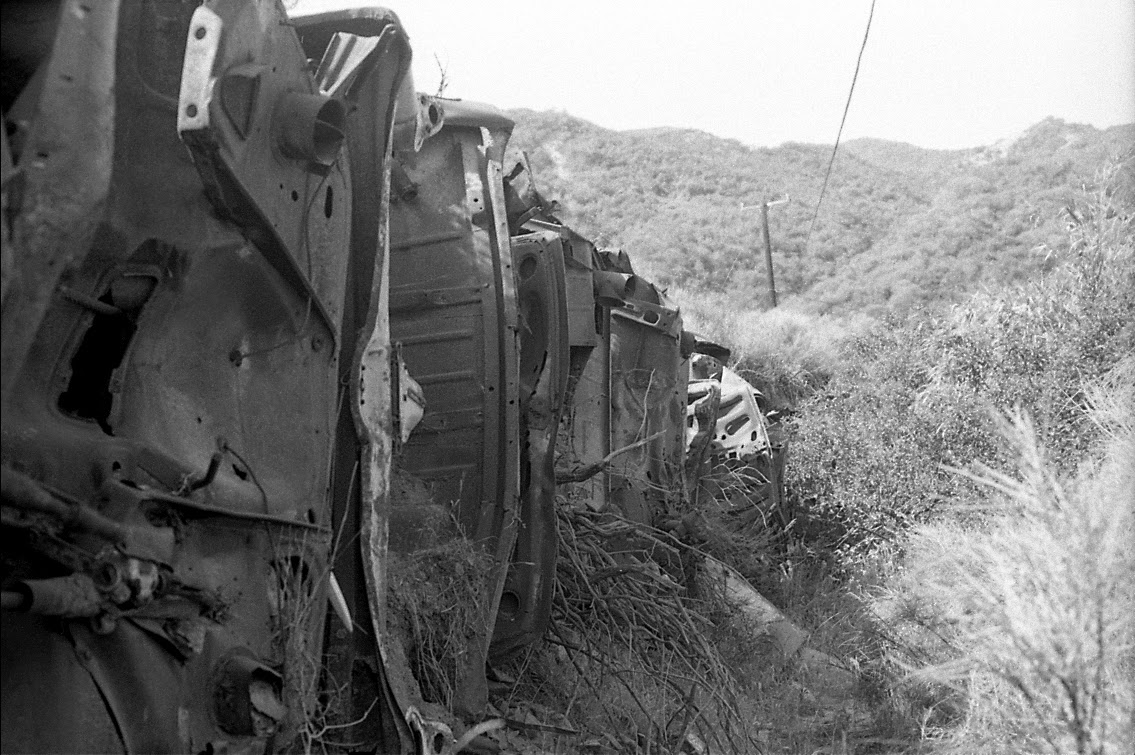 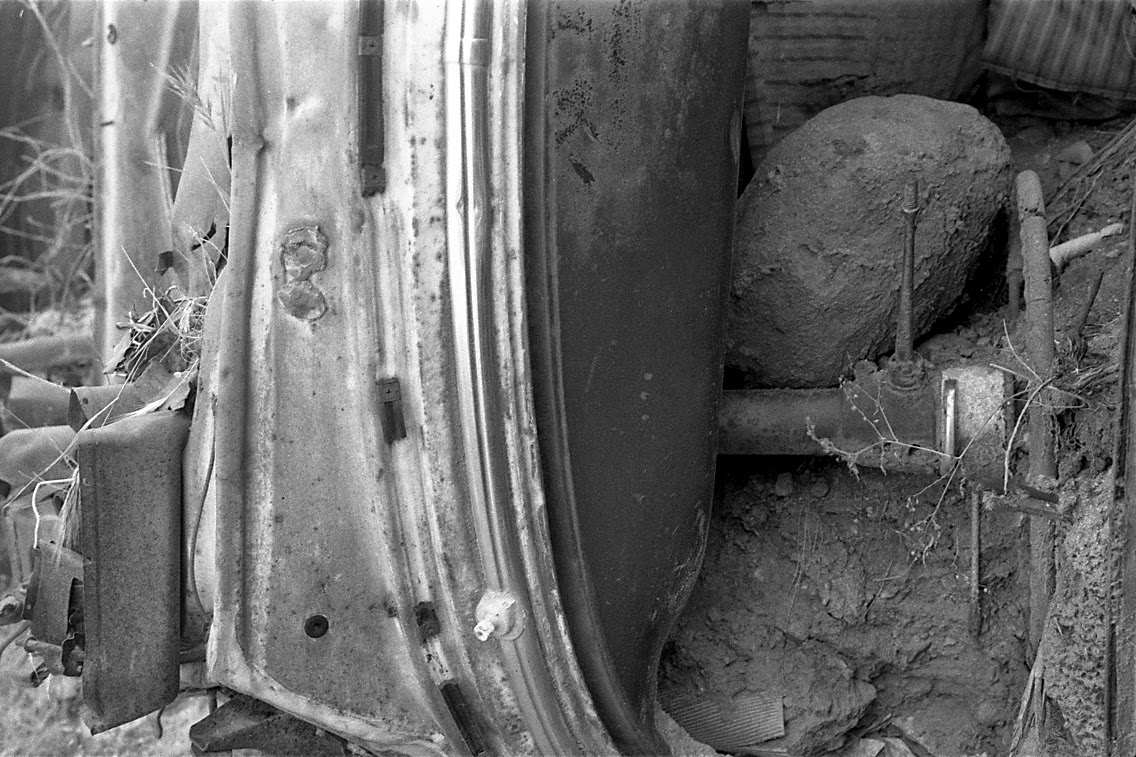 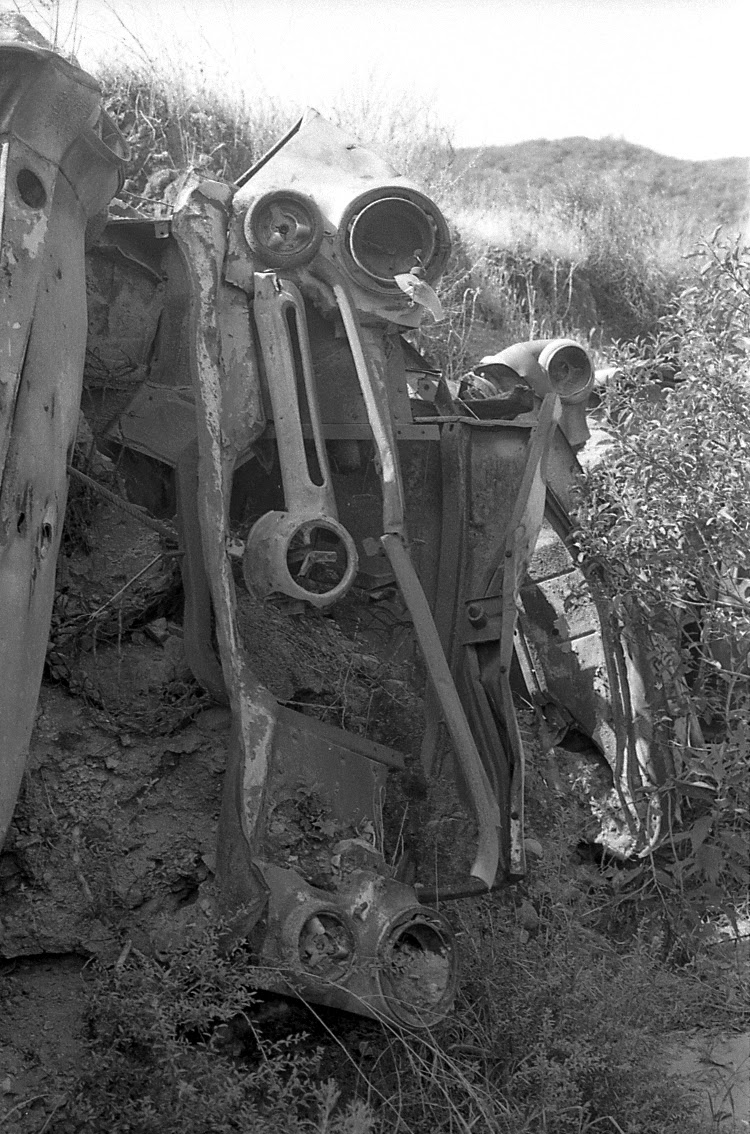 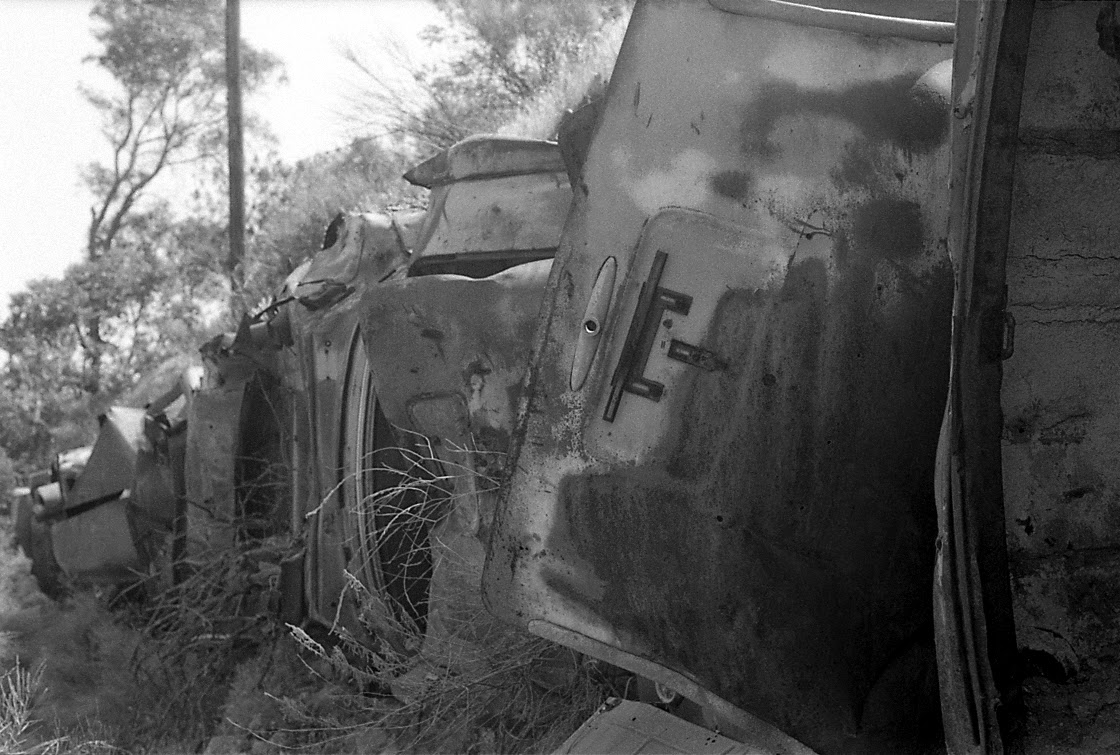 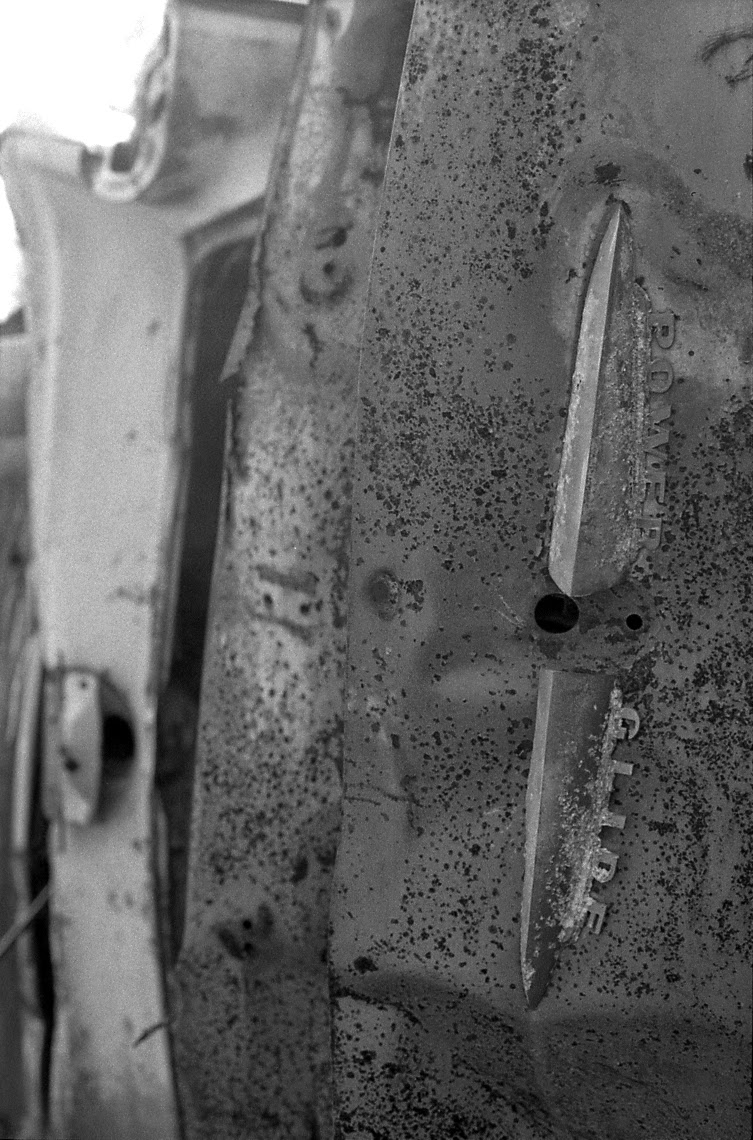 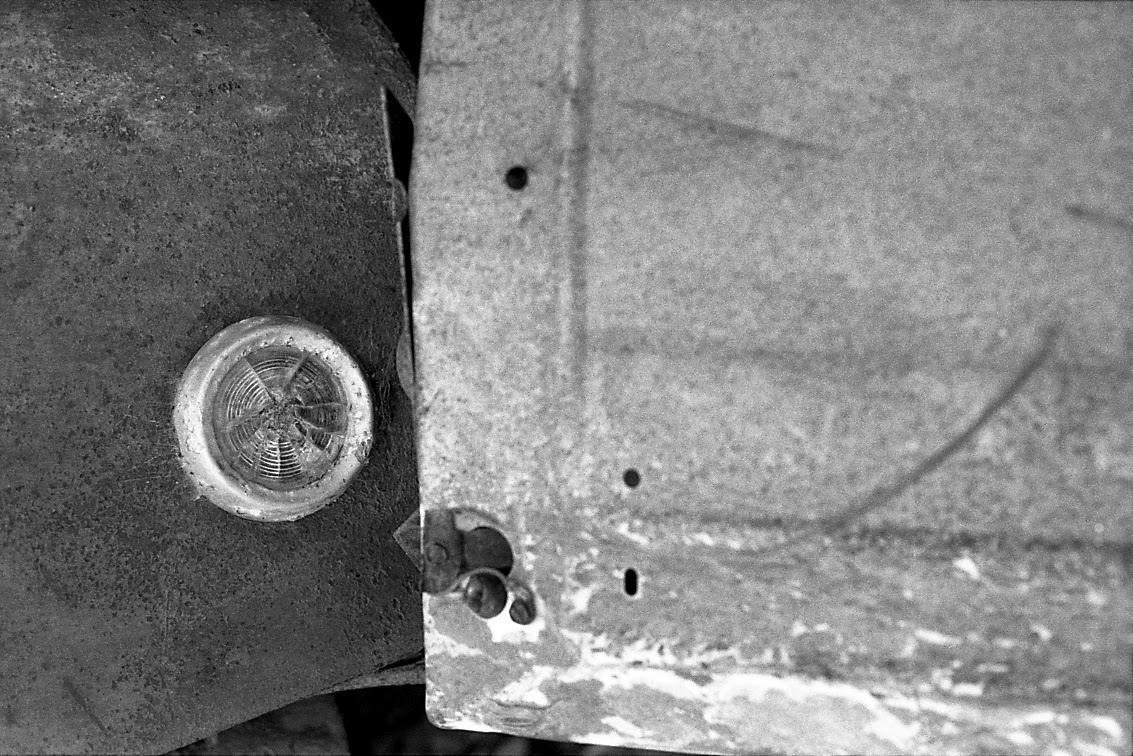 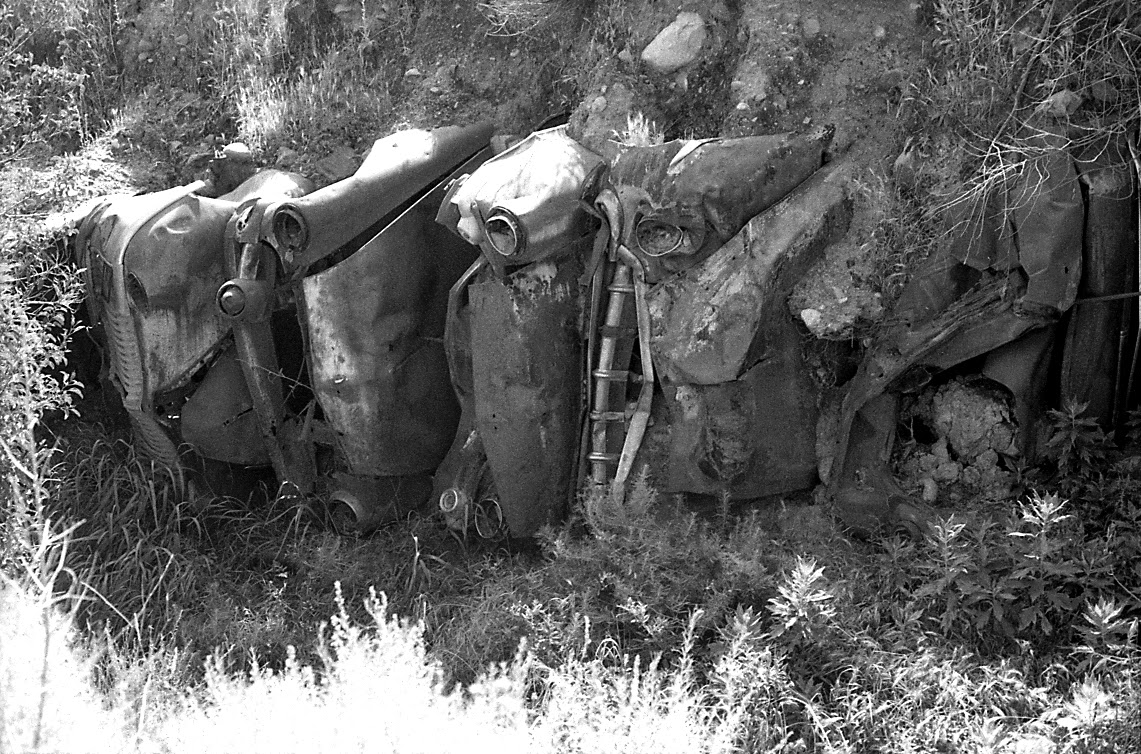 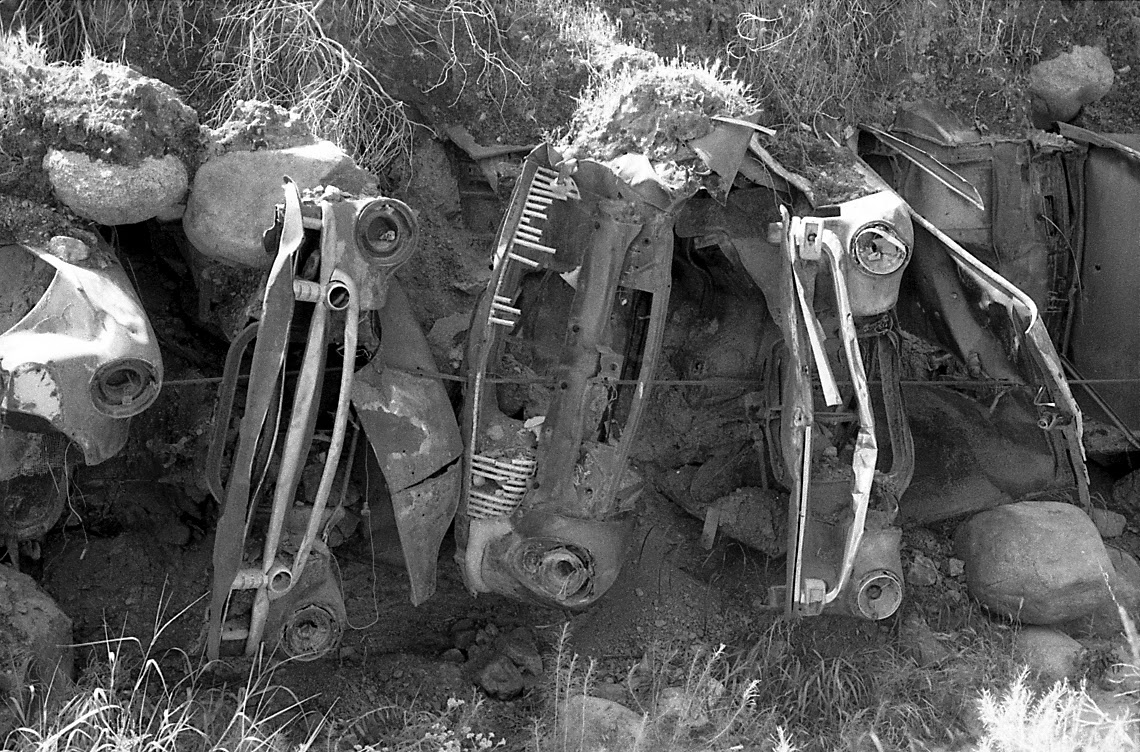 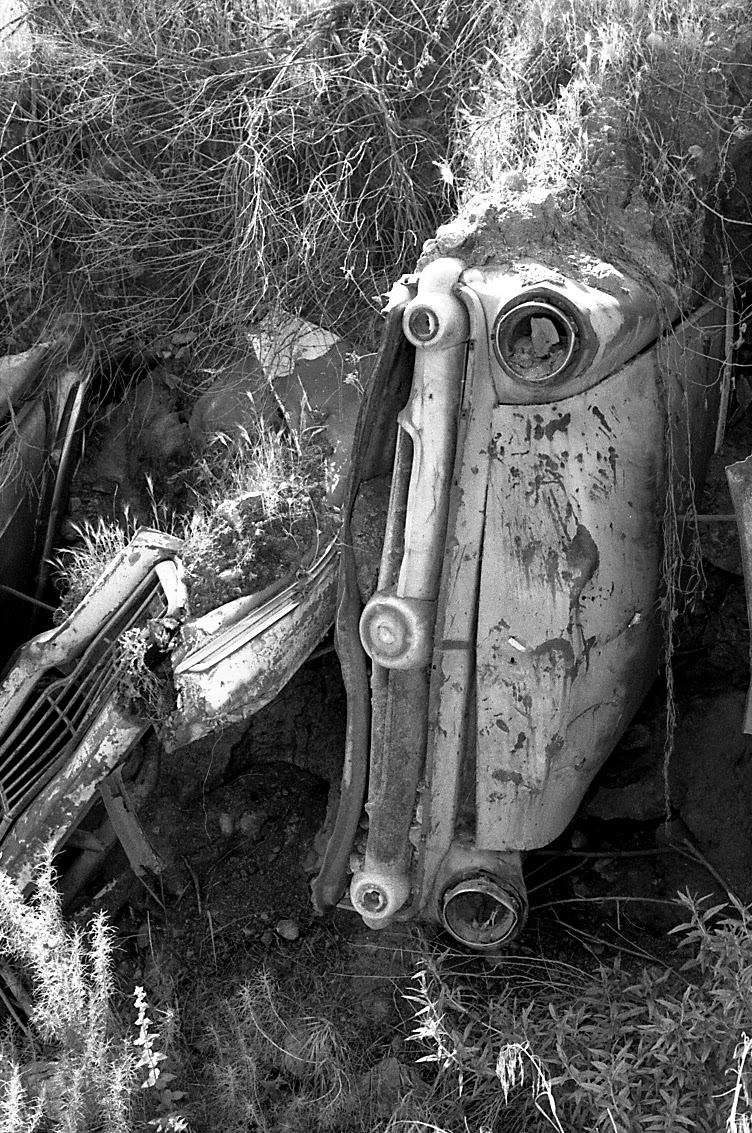 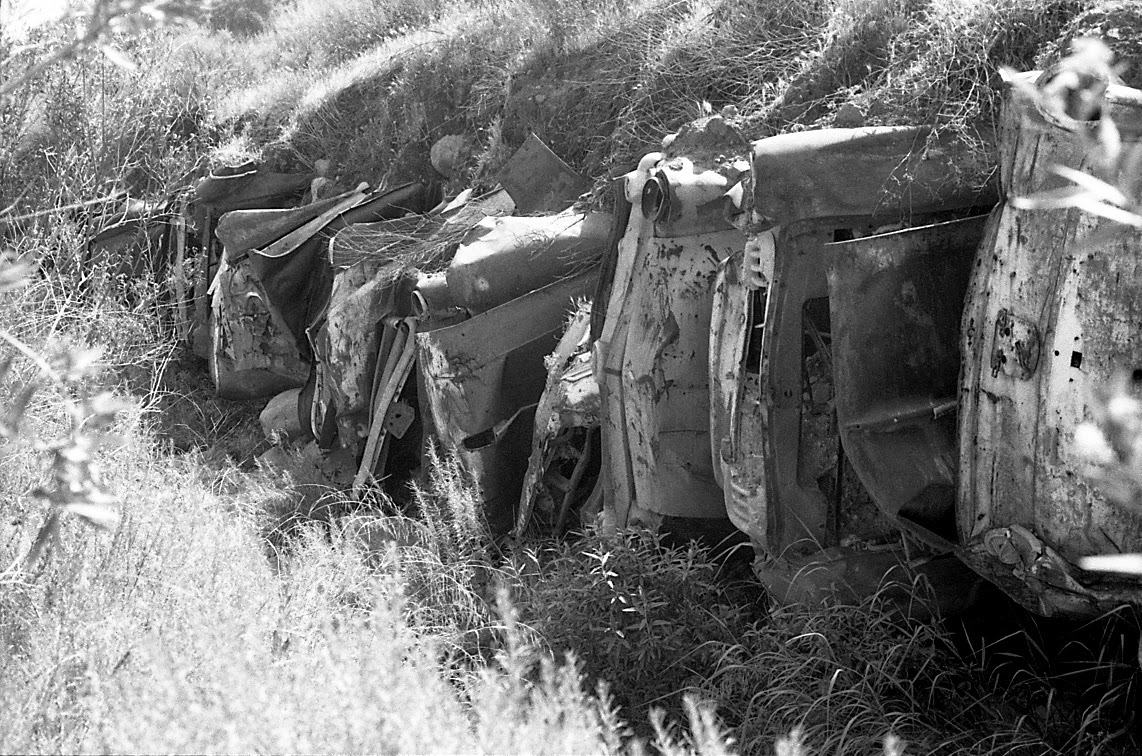 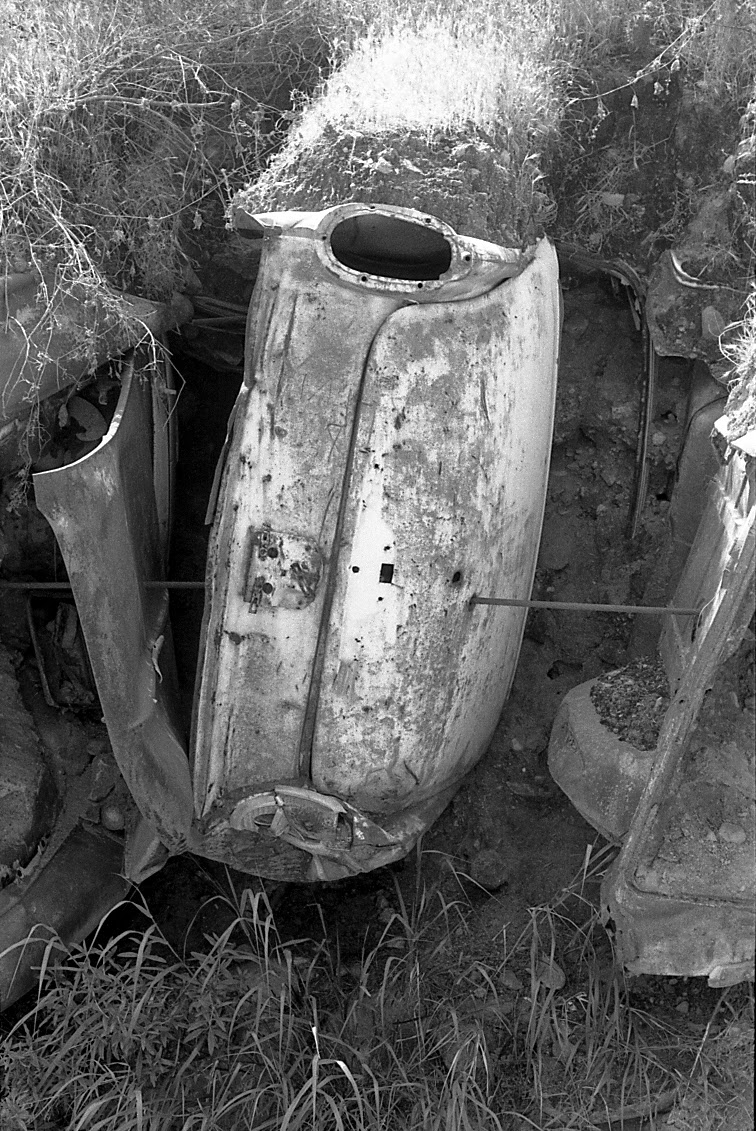 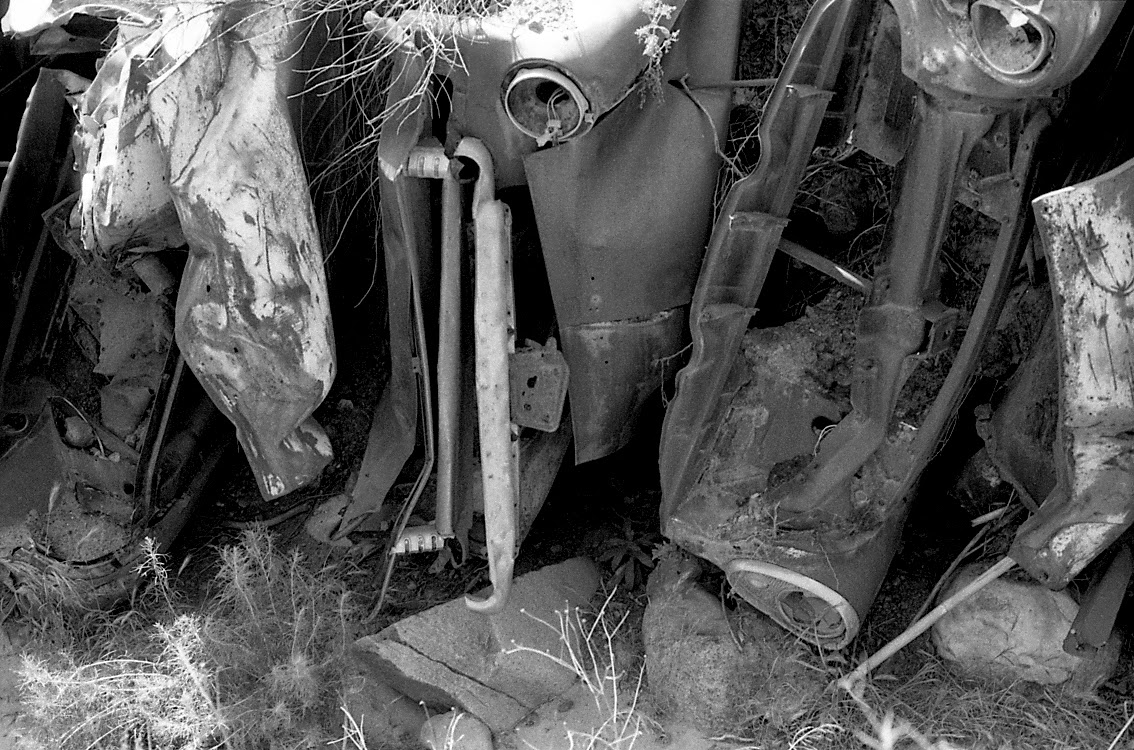 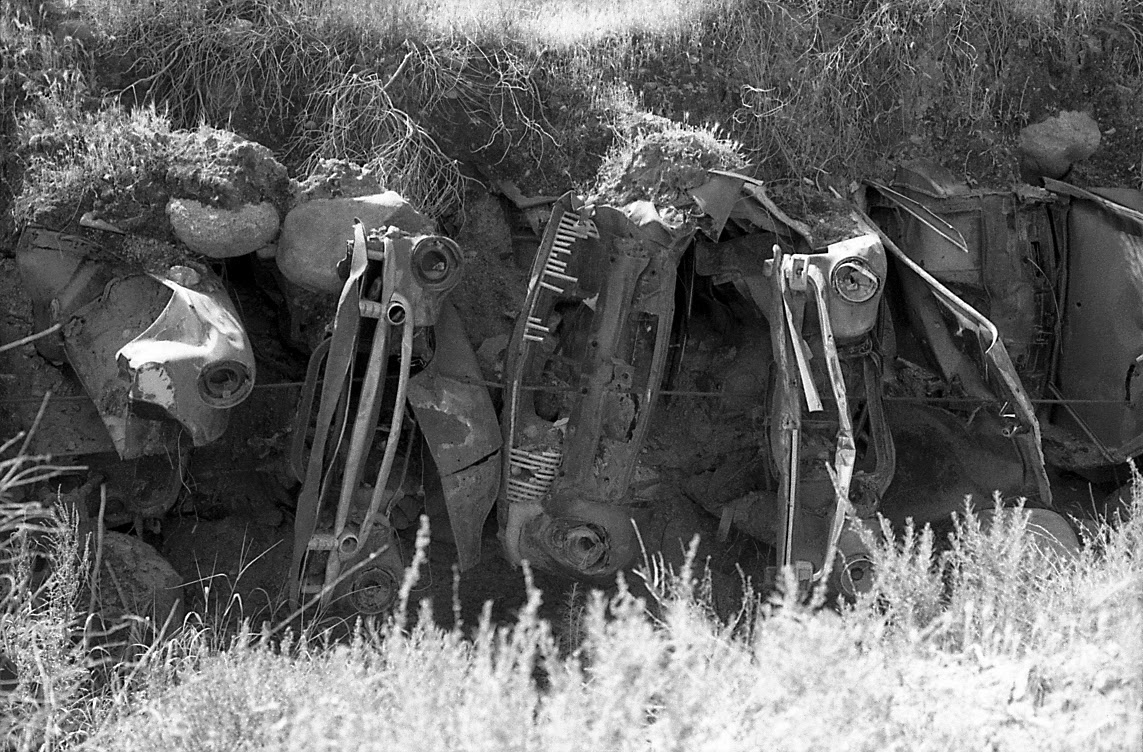 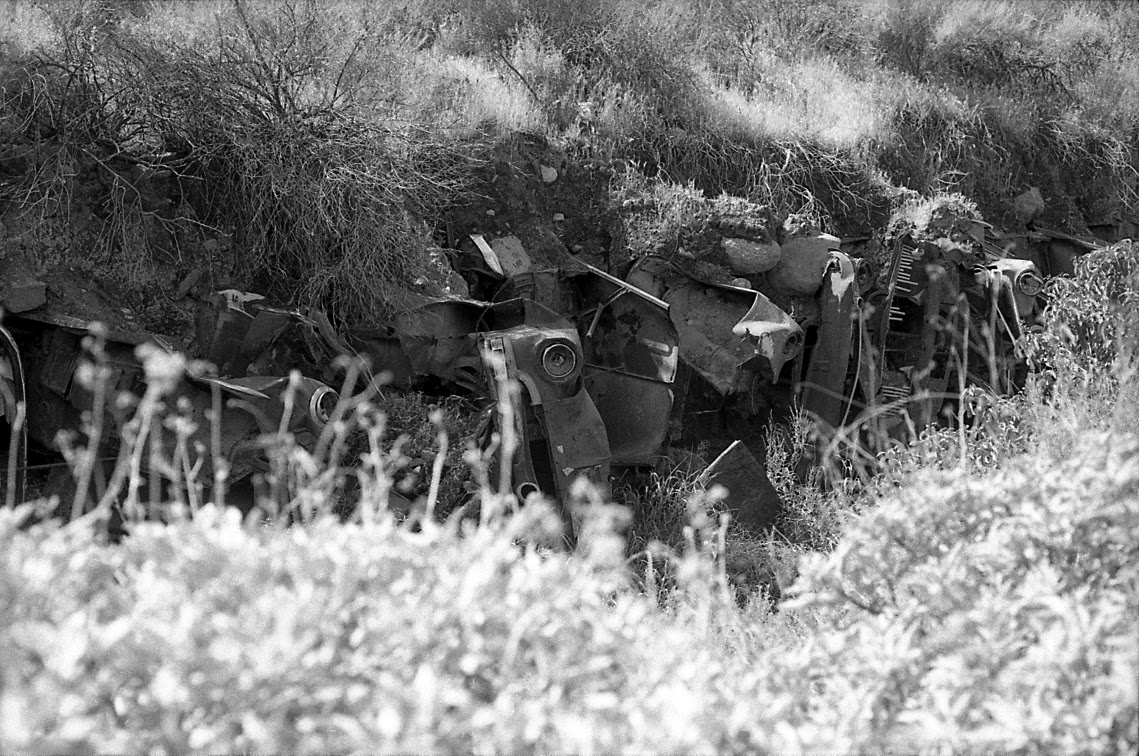 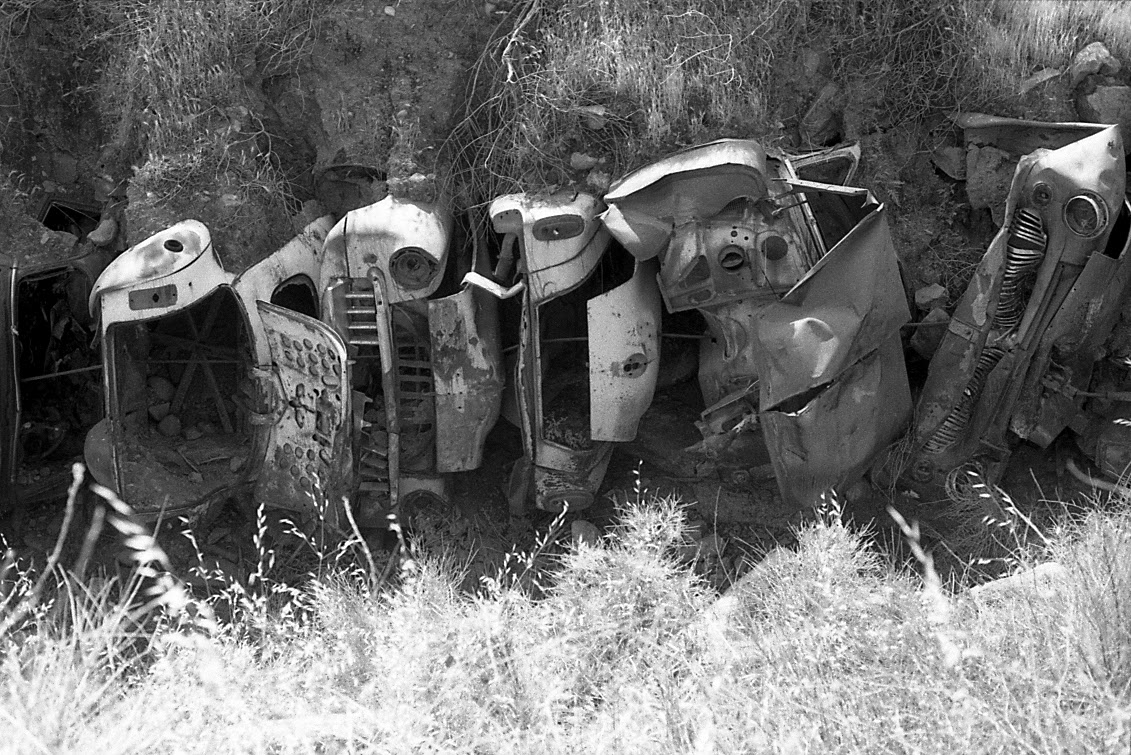 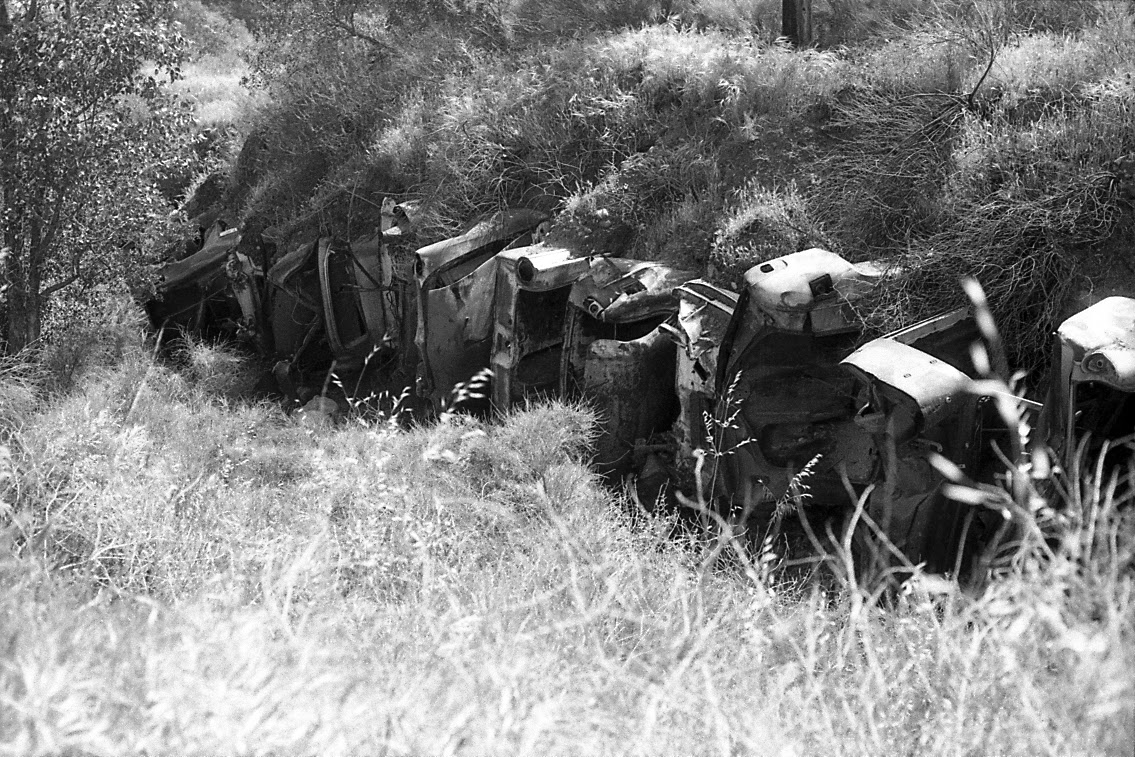 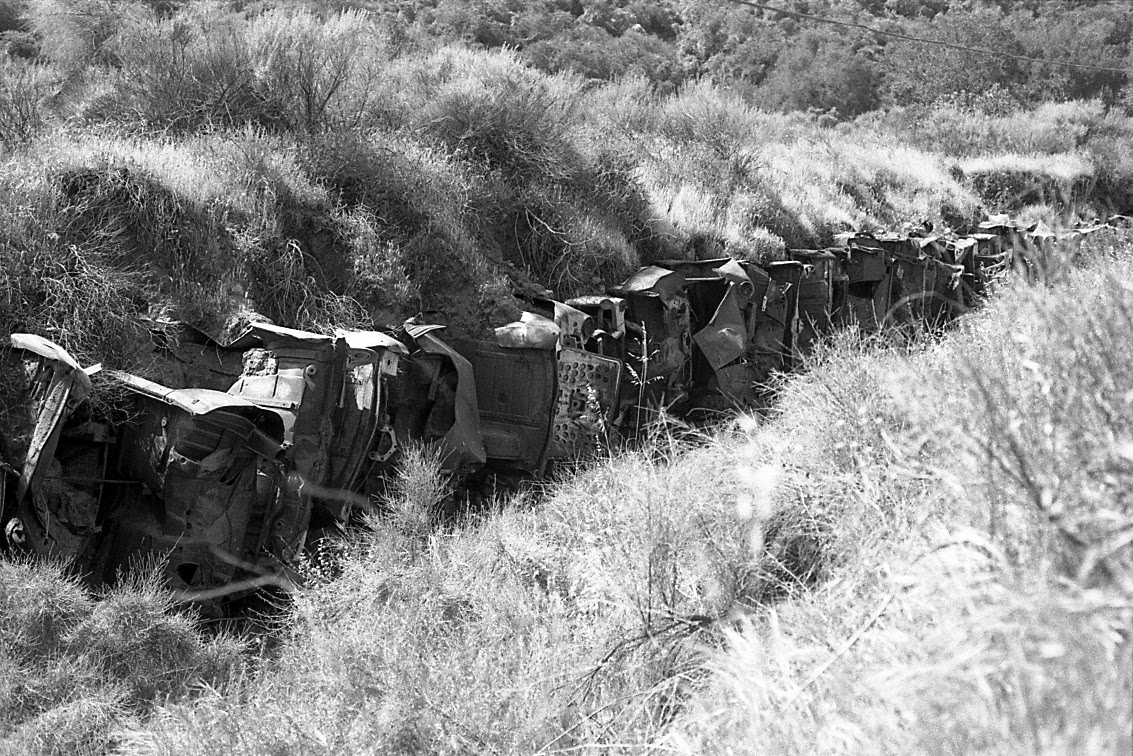 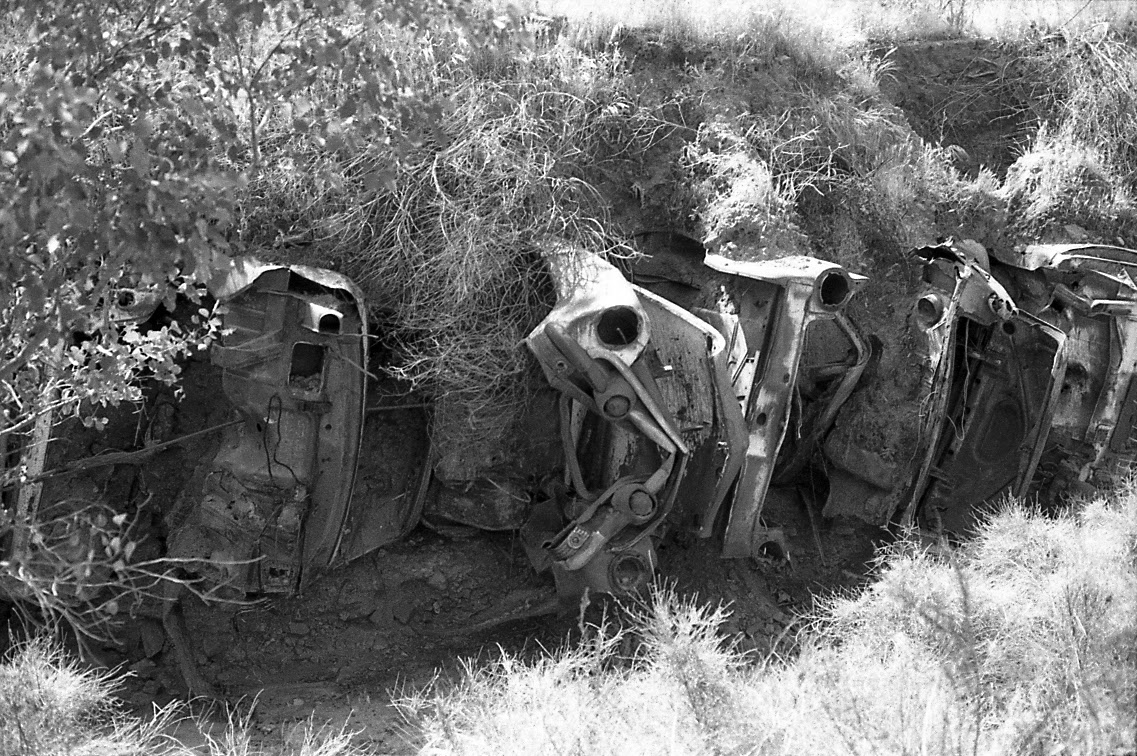 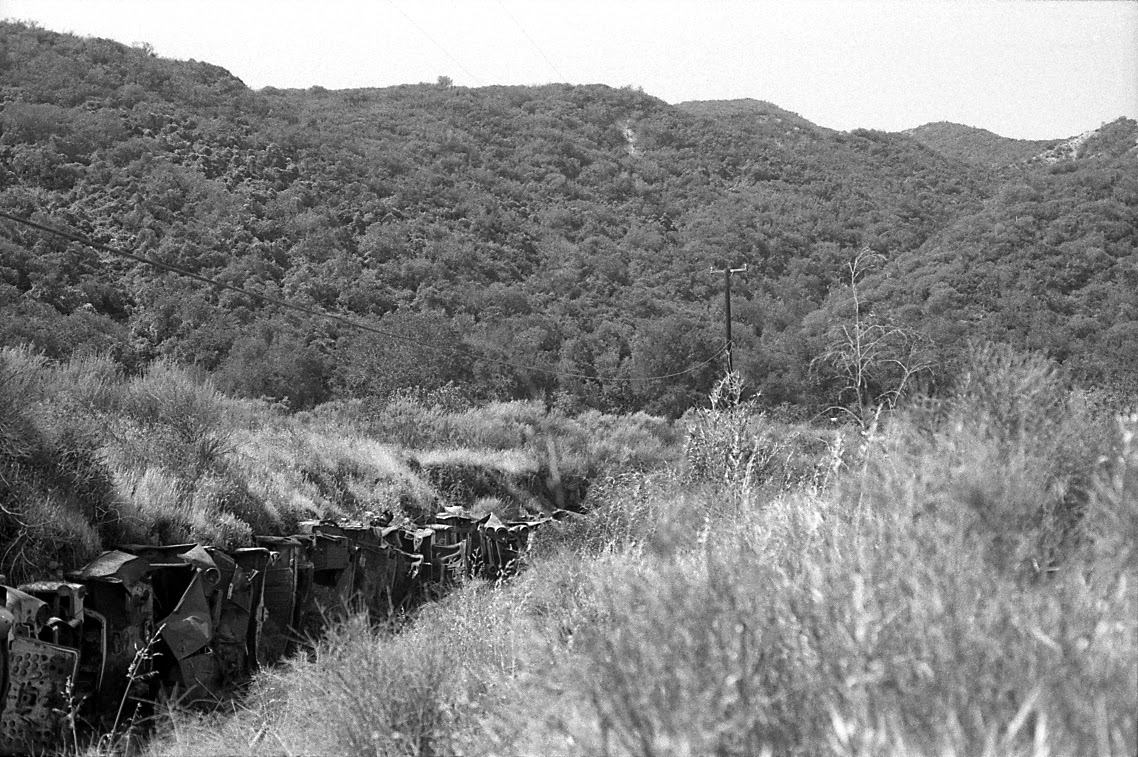